Dr. Irving Moskowitz, one of American Jewry's leading philanthropists, has passed away aged 88.

A passionate and lifelong support of Israel, Moskowitz, together with his wife Cherna, founded and led the Moskowitz Foundation in 1968, which supported countless initiatives in Israel and across the Jewish world. The couple also founded the Moskowitz Prize for Zionism, which awards leading Jewish figures for their activism on the part of the Jewish state and its people.

Dr. Moskowitz was a particularly ardent supporter of Jewish communities in Judea, Samaria and Jerusalem, aiding countless projects to reclaim Jewish land stolen by Arabs during the early twentieth century.

He is survived by his wife, Cherna, eight children and more than 40 grandchildren.

Born to Jewish immigrants from Poland, more than 100 of his relatives perished during the Holocaust.

Irving, the ninth of thirteen siblings, grew up in Milwaukee, Wisconsin, where he qualified as a doctor, and then moved to California to open a medical practice. After that, he moved to Miami Beach, Florida.

Apart from his immense support for the Jewish community and State of Israel, Irving Moskowitz founded several hospitals and donated generously to many humanitarian causes in the United States and elsewhere. 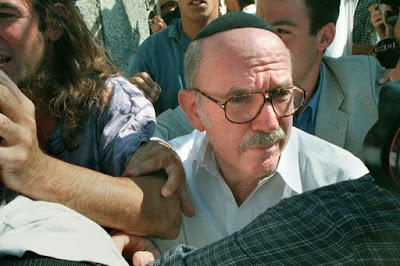