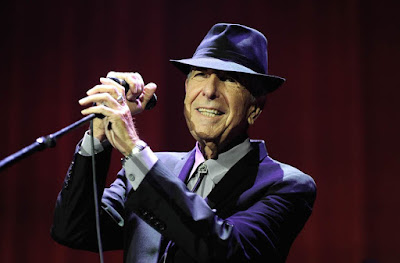 Leonard Cohen, the Canadian singer-songwriter whose Jewish-infused work became a soundtrack for melancholy, has died. He was 82.

“It is with profound sorrow we report that legendary poet, songwriter and artist Leonard Cohen has passed away,” his Facebook page said late Thursday. “We have lost one of music’s most revered and prolific visionaries.”

“Suzanne,” about the devastating platonic affair with a friend’s wife that was a factor in his leaving Montreal, was recorded by Judy Collins and became a hit, launching his career.

Cohen never stopped saying he was Jewish. His music more often than not dealt directly not just with his faith but with his Jewish people’s story.

His most famous song, covered hundreds of times, is “Hallelujah” – he has said its unpublished verses are endless, but in its recorded version is about the sacred anguish felt by King David as he contemplates the beauty of the forbidden Bathsheba.

He often toured Israel, and he expressed his love for the country.

Tickets to the stadium at Ramat Gan sold out in minutes. His Israeli fans embraced him that September night, and he returned the love, sprinkling the concert with Hebrew and readings from scripture and ending it with the priestly blessing.

Last month, in a profile of Cohen in The New Yorker, Bob Dylan compared his fellow singer-songwriter to Irving Berlin — linking three iconic Jewish musicians in one poignant assessment.