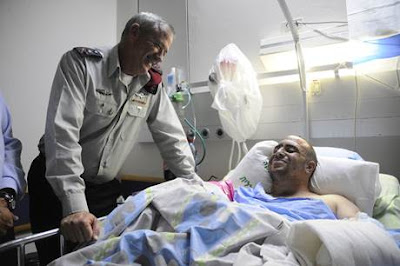 No less incredible than Shilon's determination to get back to his soldiers and continue to defend the country are the pictures that have been pouring out today of Shilon's bed covered by an oversized Israeli flag. It turns out that Captain Shilon had asked to be wrapped in the Israeli flag during his hospitalization, showing the world that even as he sat in a hospital bed, injured by enemy fire, his nationalist pride could not be weakened. 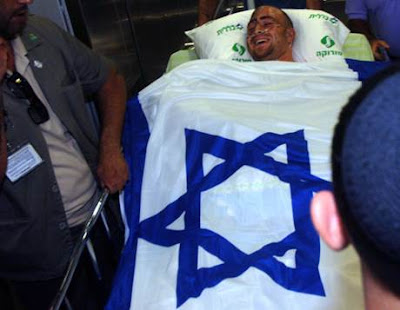 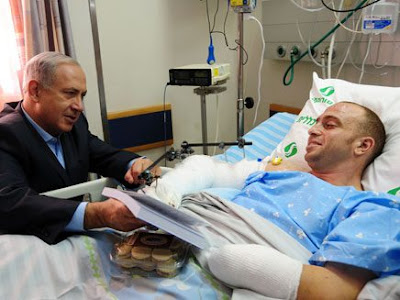