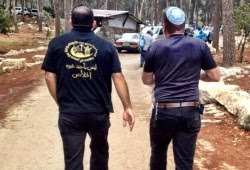 Recent tensions in Israel and the Middle East found local believers gathering for a national day of fasting and prayer last Shabbat.

Messianic Jews and Arab Christian came together in the Lavi Forest in Western Galilee to cry out to God for nearly five hours. Hot topics for prayer were Iran’s nuclear capabilities, the continuing bombardment of Israel’s southern cities and the upcoming elections in Israel and the US.

Organized by pastors in the Galilee, the event brought together Arab and Jewish believers from Dan in the North to Beersheva in the South.

In the shade of the dense eucalyptus forest an estimated 1,500 participants began with a time of personal repentance. Pastors from a variety of congregations across the land explained the need to come before God with "clean hands and a right spirit." Tears were evident as local believers asked God’s forgiveness for sins of jealousy, pride and critical attitudes.

Instructions were given on the need to confess cooperate sins as well. Pastors and leaders lead their congregations to acknowledge sins of divisiveness and ungodly competitiveness. Weeping was heard as leaders and congregants acknowledged their failings and repented before God, and to one another.

"This was no ordinary meeting," said one of the organizers. "A prayer gathering that leads people to publicly confess sin is very significant. This was crucial to begin the gathering," said the local pastor. "We needed to humble ourselves and unite our hearts with God and with one another. This made a way for us to intercede for the Messianic body and for the people of Israel." 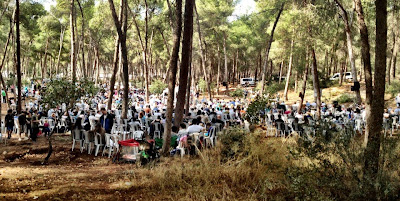