A grieving father has a message for the Islamic Palestinian terrorists

Hundreds of people showed up on Tuesday for the funeral of IDF Corporal Ziv Mizrahi of Givat Ze'ev, who was murdered in a stabbing attack the day before at a gas station on Highway 443 northwest of Jerusalem.

Mizrahi's father, Doron Mizrahi, whose brother was murdered 13 years ago in a terror attack in Jerusalem, eulogized his son.

"They will not destroy our spirit, we will cry and we will mourn. Next Wednesday I will return to work," said the bereaved father.

"May the names of the haters of Israel be erased, the nation of Israel lives, it won't help them, they won't destroy our spirit. Thirteen years ago I lost my brother and thought that I had paid the price with that. Ziv saved his officer, he shot the terrorists with a knife in his heart - that's Ziv, a hero of Israel."

In the attack, a 16-year-old terrorist - who is the cousin of a terrorist who carried out a knife attack at the same gas station last August - sneaked up on Mizrahi and stabbed him, and alsowounded a 22-year-old woman. A 50-year-old woman was wounded from a stray bullet from security forces who stopped the attack. 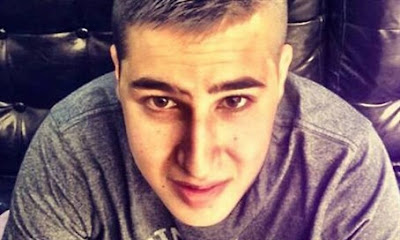