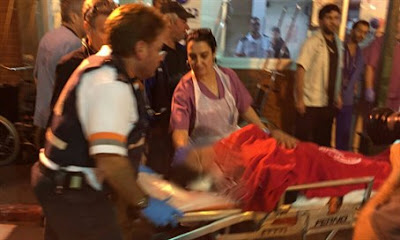 First responders hurried to Kiryat Gat's King David Street after receiving a report of a stabbing attack. Four people were wounded in the attack: A 51-year-old man, a 56-year-old woman, a 44-year-old woman, and a 13-year-old girl.

All were treated at the scene and evacuated to nearby hospitals in stable condition. Authorities believe that the perpetrator may currently be trapped in an apartment building.

A United Hatzalah volunteer, said, "When we arrived at the scene I came across a Haredi man who had been stabbed in the upper body and his tzitzit were stained with blood. Together with other volunteers from United Hatzalah's motorcycle unit, I provided him first aid and then he was taken by an MDA ambulance to the hospital."

Kiryat Gat terrorist caught - with blood still on his hands

13-year-old terror victim: 'I stopped the blood with my scarf' 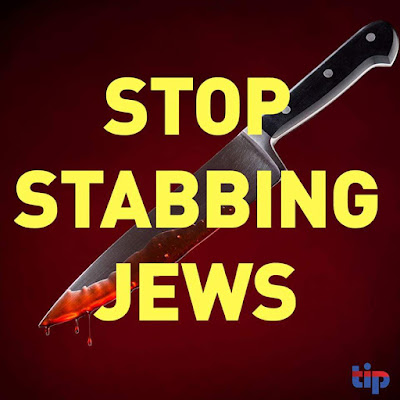