A German judge last week equated condemnation of Zionism with anti-Semitism, undercutting the arguments of many who claim that hostile criticism of Israel is not the same as hating the Jews.

In judging the case of 24-year-old Taylan Can, a German citizen of Turkish decent known for is anti-Israel activism, Judge Gauri Sastry refused to allow the defendant to hide behind the notion of legitimate criticism of the Jewish state.

Can was ultimately convicted for incitement against an ethnic minority for his role in a July 18, 2014 demonstration in Essen, Germany, where he and others used the term “Zionist” to stir up anger against Israel and local Jewish residents.

At his hearing, Can insisted he was not an anti-Semite, and was merely opposed to the policies of the State of Israel. But Judge Sastry was having none of it. Die Welt quoted her as clarifying that “‘Zionist’ is the language of anti-Semites, the code for ‘Jew.’”

It was likely that particular portion of Judge Sastry’s ruling would be overturned when Can appealed to higher courts, but European Jewish groups nevertheless praised the unprecedented and bold decision that had publicly unmasked one of the more dangerous lies of our times. 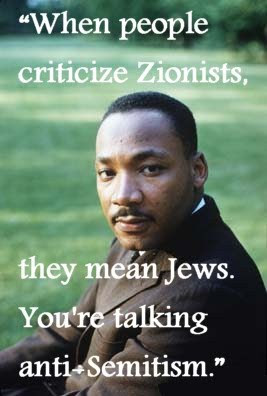