Why Israel matters to America (and to the World) 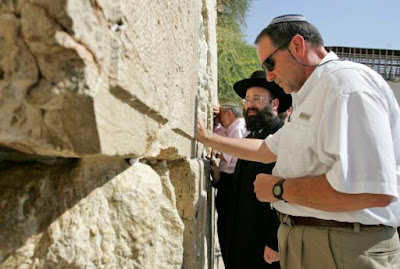 I’m not a Jew. I didn’t even play one on TV. But you’ll be hard pressed to find a more full-throated defender and supporter of the Jewish state than me. My love for Israel is not a recently acquired taste, due to politics. It happened 42 years ago, when I first visited there as a 17-year-old. In my dozens of subsequent visits, including three last year, I’ve seen the dry bones come to life and the desert bloom — even as this tiny, New Jersey-sized piece of real estate remains the most contested land on earth.

When I first visited in 1973, Israel was a proud, but struggling, 25 year-old nation. Many of its people lived in kibbutzim out of necessity. To support their economy, they largely grew oranges, cultivated vegetables, and hosted tourists who came to walk in in the footsteps of Jesus and the prophets. It’s fair to say that Israel has not spent the last 40 years simply wandering around the desert.

Modern Israel has given us the mobile phone, the drip irrigation system, the USB thumb drive, many of the most effective cancer killing drugs in use, voice mail, video on demand, and cherry tomatoes. But Israel’s real contribution to America has nothing to do with life-saving or life-improving products.

America’s relationship with Israel is not merely organizational, it’s organic. Israel is a mirror image of America in its commitment to religious liberty, education, women’s rights, free speech, democratic governance and free-market capitalism. Women have equal access to education and workplace opportunities. While a Jewish state, Israel also protects all religious shrines and provides Christians, Muslims and Jews universal access to all religious sites. (How many churches or synagogues are equally protected by the Syrians or the Iranians?)

Their military also takes extraordinary measures to prevent civilian casualties. I spent a day with Israeli pilots at their southernmost air base and witnessed the elaborate steps they take to protect noncombatants — even those used as human shields to protect terrorists. No nation, not even the United States, takes greater care to protect civilians. In addition, while other nations arbitrarily enforce the law or remedy political problems with military coups, the Israeli judicial system holds those guilty of crime and corruption accountable with jury trials and prison terms. They accept and embrace responsibility. Less advanced nations either allow it, or deal with it by staging a military coup d’etat. While we may offer them arms and military hardware, Israel has never asked us to provide American personnel to fight their battles.

But something even more significant binds us together. We are equally targeted for annihilation by Islamic jihadists. The forces that toppled the Twin Towers; flew an airplane into the Pentagon; behead Christian children, journalists and relief workers; rape and enslave young girls; and burn alive a captured pilot — have vowed to kill every Jew and every American. Iran’s maniacal leader once declared that he would “wipe Israel off the map.”

Children in Islamic countries are raised to believe that strapping a bomb to their bodies to kill Jews is a holy mission that brings rewards in the afterlife. And the world asks Israel to give up the land God gave them so their sworn enemies can get closer to their children’s schools, playgrounds, and bedrooms?

President Obama has spent more time berating Israel for building bedrooms for its families than he has spent bothering Iran for building nuclear bombs. This administration has shown enormous contempt for Israel’s prime minister. They have responded petulantly because Benjamin Netanyahu accepted an invitation to speak to Congress and will provide a more honest assessment of the Iranian nuclear threat than those in our own government. Netanyahu is a Churchill in a world of Chamberlains.

Israel matters to America, because friends always matter. And Israel is a friend. While I’m here for the umpteenth time in 42 years, I will tell them, “You’ve got a friend.” And I won’t even need to take James Taylor to sing it. I’ll really mean it. 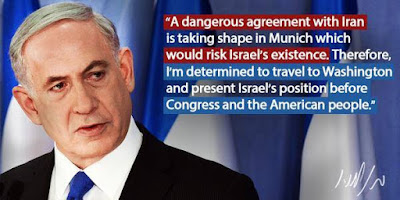