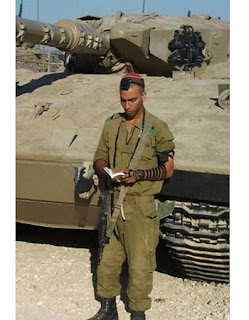 An IDF soldier was killed in a rocket and mortar salvo that was fired on the Eshkol Regional Council on Tuesday afternoon.

The kibbutz where the soldier was hit was barraged for several minutes. Another barrage on the region lightly injured five people.

The incident raised the death toll on the Israeli side to four since the beginning of Operation Pillar of Defense. The soldier was among the forces deployed to the Gaza region in recent days to back up troops stationed there.

A resident of the Kibbutz said that he had heard several mortar shells wheezing above the town. "We heard two blasts," he said. "It's pretty scary… Anyone who wishes for a ceasefire can keep on wishing. We want it to go all the way. We have suffered enough."