In Support of Need of a Gaza Ground Offensive 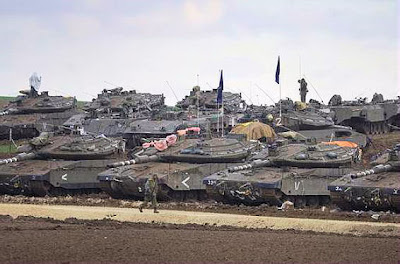 For nearly a week, Israel has been under attack from terrorist elements in Gaza, primarily Hamas. As the Israeli air force and navy respond with surgical, targeted strikes on Hamas facilities, the government is weighing the possibility of ordering a ground offensive too.

In our view, an armored push into Gaza in order to deal the Hamas military wing a decisive blow is necessary. From a strategic, long-term perspective, Israel cannot avoid confronting Hamas head-on, and must take action sooner rather than later. For Israel to restore quiet to its borders and ensure its survival in the new Middle East, Arab governments and terror organizations must feel that it would be a mistake for them to militarily challenge Israel. Israel must demonstrate that even in the face of great political pressures it is strong enough and willing, when necessary, to take vigorous action.

While strong Israeli action carries serious risks, strength and victory also bring many benefits. In the current and developing environment Israel has no safe or good choices; it will have to take dangerous actions. Acting later will be more dangerous than acting now, and sooner or later Israel will be forced to act.

For some time, we have advocated the need to respond to attacks from Gaza with a large-scale military operation. We said that if no such action was taken, the attacks against Israel would surely increase, and indeed they have. Gaza is small enough for Israel to destroy most of the infrastructure and the leadership of Hamas, Islamic Jihad, and the other terrorist organizations that are based there. The goal of such a ground offensive would be to restore deterrence and signal an Israeli determination to battle the rising Islamist forces in the region. By acting sooner in Gaza, Israel will also greatly reduce the missile retaliation it would face if and when it strikes Iran’s nuclear facilities.

Today we can again say that attacks on Israel will surely further increase if the IDF does not now take the drastic and dangerous action involved in a full-scale military invasion of Gaza. A smaller operation, akin to Cast Lead, will create at most another short postponement of attacks on Israeli civilians and will be followed by further escalation. 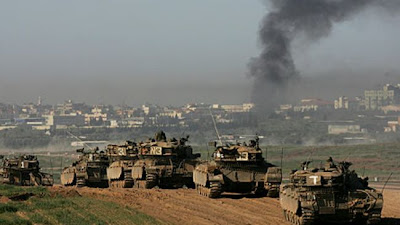