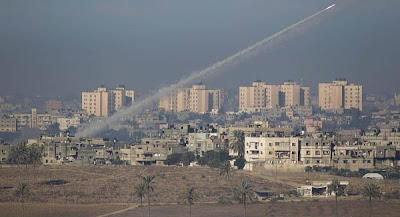 Palestinian terrorists in Gaza fired at least two rockets toward the Tel Aviv metropolitan area at around 6:45 pm Thursday. Both rockets landed in open areas, and there were no reports of injury or damage. Palestinian Islamic Jihad claimed responsibility for the rocket attack, saying it fired Fajr-5 missiles at the coastal city.

IDF Spokesperson Brigadier General Yoav Mordechai confirmed that there were no reports of explosions on the ground. "The IDF is continuing with its intensive activity in the Gaza Strip," he said. The Magen David Adom emergency services also confirmed there were no injuries in the attack on Tel Aviv.

The incident marked the first time that a real siren was activated in Tel Aviv since the Gulf War in the early 1990s. A man who was driving along the Ayalon Highway during the attack told Ynet: "When we heard the siren everyone stopped, stepped out of their cars and took cover. The last time I did that was during the Gulf War. It was frightening." 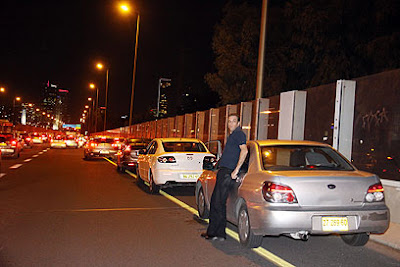