Jerusalem Mayor: Let My People Pray on the Temple Mount 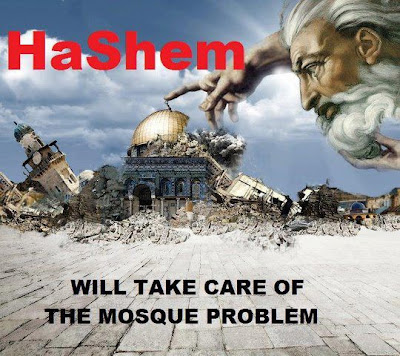 Jerusalem Mayor Nir Barkat has come out against the ongoing discrimination against Jews [and Christians] on the Temple Mount.

Jews are prohibited to pray on the Mount, which is the holiest place in the world according to Judaism, and many have even been arrested for moving their lips at the site.

The matter is ultimately in the government’s hands, Barkat said, and not in the hands of Jerusalem leaders. His own opinion is “to let every person pray on the Temple Mount,” he said.

In August MK Aryeh Eldad (Ichud Leumi) proposed a daring solution to the current impasse: split access to the Temple Mount between Jews and Muslims. The approach would allow Jews to pray while avoiding the Temple Mount riots feared by police.

Barkat gave his opinion on the matter while visiting Netiv Meir, a yeshiva high school for religious-Zionist youth.