IDF fires at Syria for first time since 1973

For first time since the Yom Kippur War, the IDF has fired into Syrian territory. The IDF's Artillery Corps fired a missile at a post in Syria in response to the firing of a 120mm mortar shell that landed in the eastern Golan Heights on Sunday.

The mortar shell exploded in Tel Hazeka in the eastern Golan Heights after being fired from the direction of the village of Beer Ajam. IDF sources estimated the shell was not aimed at Israel and was fired as part of clashes between the Syrian army and rebels forces.

A statement issued by the IDF's Spokesperson's Unit said that "IDF forces fired warning shots and relayed a message to the Syrian forces via the United Nations that warns against additional firing. Additional firing will prompt a quick response."

IDF spokesman Brigadier General Yoav Mordechai added that the army's decision to retaliate, which was authorized by the chief of staff, had taken into account the fact that during the last two months, eight such events were recorded, including mortar and small-arms fire as well as Sunday's mortar hit.

"A shot was fired near the Syrian post that had fired the mortar. For the first time since Yom Kippur a clearly announced shot was fired at Syrian territory". He added that he was unaware of whether or not there were any injuries on the Syrian side.

"The act was undertaken by the Artillery Corps and at the same time a message of warning was relayed to the Syrians via the UN," Mordechai added.

Mordechai chose not to comment on whether the forces had intended not to hit the target. He did however say that every piece of artillery that threatens Israel is a potential target, and added that the IDF has no desire to get in between Assad and the rebel forces, but only to protect Israeli citizens from wandering shells.

Ynet's defense analyst, Ron Ben-Yishai said that the IDF's goal in firing at Syria was not to instigate war, but rather to signal to Syria that Israel will not ignore any firing at its territory. The firing was meant to convey that next time, hits in Israel will be met with direct hits in Syria.

The IDF is not interested in giving Assad a reason to shift attention towards Israel, rallying the Arab world behind him. 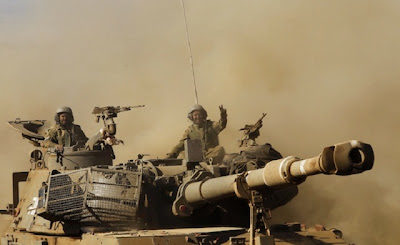