This is 20-year-old IDF soldier Dikla, fighting for her life after a Palestinian attacker stabbed her in the throat. 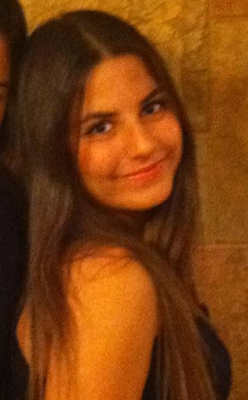 A 20-year-old Israeli soldier was critically injured on Wednesday afternoon in a terrorist stabbing north of Jerusalem, at the Adam Junction, in the Binyamin region.

Initial reports indicate that a terrorist approached the young woman and stabbed her in the upper body and neck.

Israel Police confirmed that terrorist was killed by security forces standing nearby; he has been identified as Ibrahim Mu'taz Zawiya, 21, of Azarya, near Ma'ale Adumim. The terrorist's suspected accomplice arrested at the scene.

Further investigation revealed that the female soldier who killed the terrorist belonged to the Home Front Command's Kedem Unit and was in the area following an operational activity in Shechem.

After stabbing the first soldier, one of the terrorists ran toward the second soldier with his knife drawn, attempting to stab her, as well. She shot and killed the terrorist at close range.