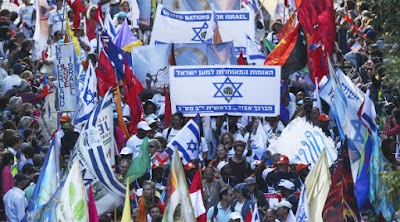 The International Fellowship of Christians and Jews announced on Tuesday, October 13, that it will immediately grant 4,000 Israeli Shekels, or about $1,034, to every individual or family injured in the ongoing wave of terrorist attacks against Israelis.

The aid will allow families who have been victimized in the current wave of stabbings, car attacks and shootings to pay for hospital transportation, the cost of therapists, psychologists and other medical care, as well as for lost workdays.

The Fellowship, led by Rabbi Yechiel Eckstein, is launching the emergency fund after conferring with Public Security Minister Gilad Erdan and senior ministry officials. It is backed by an outpouring of support from Christians across the United States.

“The ongoing wave of terror leads to many causalities whose normal life paths have been abruptly interrupted. The victims and their families are faced with a new reality and difficult rehabilitation. Victims also face significant financial costs and we wish to support them as part of our commitment to the security of Israeli citizens during times of emergency,” said Eckstein.

“We would like to thank the thousands of Christians supporters who are always there to help the citizens of Israel during difficult times, reminding us all that we are not alone,” he said.

Christian friends of Israel in North America said they could not stand idly by as Israel gets hit with this latest wave of terror.

“The Jews are being murdered while too many leaders are standing idly by,” said Fellowship donor Janet McKinney. “The Lord plainly says the nations who go against Israel will come under the wrath of the Lord. Other innocent people, in other nations, who stand with Israel will also suffer at the hand of the poor choices those leaders make when they do not stand with Israel.”

The International Fellowship of Christian and Jews was founded in 1983 to promote better understanding and cooperation between Christians and Jews, and build a broad support for Israel. Since it’s founding, it has raised close to $1.25 billion for this work. It has invested tens of millions of dollars to strengthen rescue services, hospitals, shelters, and direct aid to civilians.

As part of its emergency support in Israel, the Fellowship has renovated over 5,500 bomb shelters, founded more than 50 emergency centers in local municipalities, helped increase security for hospitals and contributed seven MRI devices and life-saving trauma equipment to hospitals.