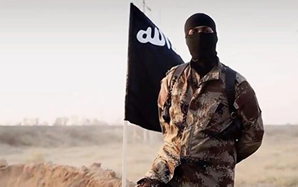 One member of ISIS from northern Syria came to visit his relatives who had fled to Jordan because he had heard Christians were providing them aid, the director said.

He intended to kill the Christian workers providing aid to his relatives, who were not living in a refugee camp. After hearing the gospel and witnessing the love of the Christians, he put his trust in Christ.

"He first saw how Islam brainwashed him about Christianity, and how that contrasted with the reality of what he saw in the Christians," the director said. "And we're talking about an area of Jordan that has three Salafist [a strict, fundamentalist branch of Sunni Islam] mosques. They raise up people to go and fight."

The former Muslim extremist militant was so enthusiastic in sharing his faith with the Salifis that he quickly put himself in danger, he said.

"He even got threats from them, and that's when I began trying to calm him down, because otherwise they may kill him," the director said. "They may take him and create a big threat among the refugees. We need to work very quietly and slowly."