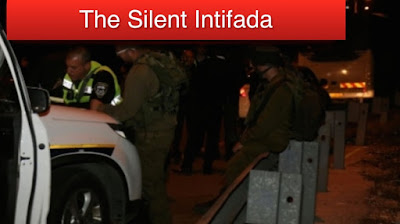 This past week as almost every week there were dozens of terror attacks of varying severity. Unlike most weeks though, many of these attacks actually were reported in the mainstream Israeli media. Nonetheless they did fail to report on several of the incidents. We hope that by reporting these incidents we can raise awareness so that actions can be taken to rectify this problem and improve reality in the Jewish State.

This past week (Fri. Oct 2nd- Thursday Oct. 8th) there were over 440 terror attacks recorded in the ‘Silent Intifada’ updates on Hakol Hayehudi. Among these were stabbings and almost a dozen shootings which left two Jews murdered and 59 injured. In addition there were incidents of IEDs (improvised explosive devices) thrown, arson to fields, and hundreds of incidents of stone throwing and firebombs at vehicles and homes.

Motzei Shabbat (Oct. 3rd) Rabbi Nechemia Lavi and Aharon Benita were murdered in a stabbing attack by an Arab in the Old City of Jerusalem. The attack also injured a woman and a baby. The terrorist was killed. Later the same night, a 15 year old Jew was stabbed on Chaim Bar Lev street in Jerusalem.

In total there were 7 stabbing attacks and five other attempted stabbings that were not successful, Thank G-d. In the Old City, two Jews were injured when an Arab woman stabbed them. In Kiryat Gat, two Jews were seriously injured in a stabbing. One of them, a soldier, had his weapon stolen by the terrorist who holed up in an apartment until he was shot. In Petach Tikvah, a Jew was stabbed and lightly injured. In Jerusalem another Jew was stabbed and in Tel Aviv five Jews were stabbed by an Arab. In Kiryat Arba a Jew was seriously injured when he was stabbed near the western edge of the town. In Afula an Arab stabbed two Jews who were injured.

Ten shootings were reported this week. A Jew was injured in Kochav Yaakov as a result of shots fired by Arabs. In Lod, a Jew was moderately injured as a result of shooting by Arabs. Also in Beit El, Maale Adumim, Machane Ofer, Qalandiya, Shechem, Pisgat Zeev, Rachel’s Tomb, and near Hizme, there were shooting incidents by Arabs.

Two vehicular attacks occurred this week. Last Motzei Shabbat, an Arab injured a Jew at Kikar Tzahal in Jerusalem during a vehicular attack. Also at the A-Zayim checkpoint an Arab attempted to run over a police officer. Two Jews were treated for shock and the terrorist was shot and injured.

There were ten incidents of IEDs thrown in Jalazun, Hevron, Kfar Avud, Kfar Al, Sinjil and at Rachel’s Tomb.
Three rockets were fired from Gaza at Jewish towns. Two were fired on Shabbat eve and another on Sunday.
There were 21 arson incidents that caused damage to property this week.