Christian nurse saved from death as she cries out, 'Lord Jesus! Help me,' driving away her Palestinian knife attacker 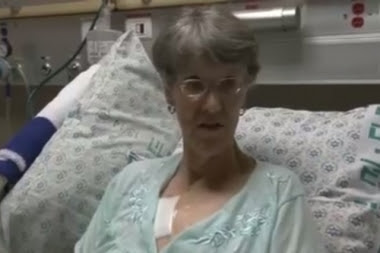 A 78-year-old Dutch nurse found herself face to face with a Palestinian terrorist who was stabbing her on the chest aboard an Israeli bus, and all she could do was cry out loud in Dutch, "Lord Jesus, Lord Jesus! Help me, help me!"

God's response was instantaneous. As soon as her attacker heard her utter Jesus name and cry out for help, the apparently frightened Palestinian stopped and ran away towards the back of the bus, Marike Veldman recalled while recovering from her multiple stable wounds at an Israeli hospital, according to Charisma News.

The Palestinian terrorist attack happened Tuesday last week. That fateful day Veldman was among other Christian passengers in a bus when the two terrorists suddenly sprang into action. "They began to cry 'Allahu Akbar.' The man in front of me began with a knife stabbing into me," Veldman said.

"The other man started shooting. People screamed very loudly. It was awful. I cried constantly in Dutch: 'Lord Jesus, Lord Jesus! Help me, help me!"

Two Christian passengers died in the attack while 16 were severely wounded, according to Israeli authorities.

Although severely wounded, Veldman believes God directly intervened to save her from a gruesome death.

The Christian woman, originally from the Netherlands, is now in stable condition in an Israeli hospital as she recovers from multiple stab wounds, including a punctured lung.

Veldman moved to Jerusalem many years ago to take care of Palestinian orphans and other needy children, according to One For Israel blog.

"She independently raised Palestinian and Arab Israeli children who came from hard circumstances," said Nicole Jansezian, director of Christian friends of Shalva. "They were foster children and this was official through the government. The Christian community has responded by providing meals and praying with her at the hospital."

The Christian community in Israel is calling on Christians worldwide to pray for Veldman's recovery as her lung injury is considered grave. Prayers are also being sought for the scores of victims of the terrorist attacks going on in Israel. 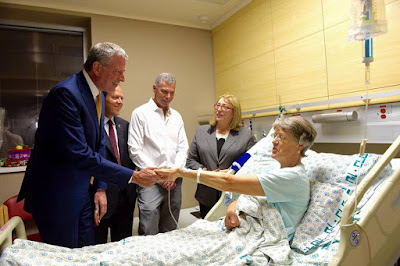 Marike from Holland, a woman who help years orphans arab palestian kids and it is... save after such horrendous atack the 13 of October in the bus line 78. Speed recovery.