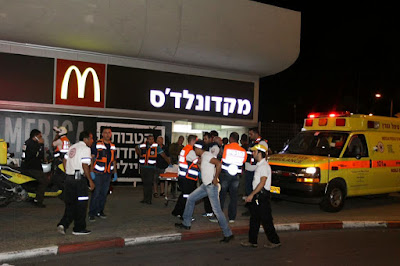 An IDF soldier was killed and 11 more people were injured in a terror attack at the Central Bus Station in the southern city of Beersheba Sunday night.

Among the injured was an Eritrean man shot and seriously wounded by responding security forces, who initially mistook him for a terrorist.

According to the police, following an initial investigation, the attacker stabbed a soldier and stole his weapon, opening fire on the crowded bus terminal. The soldier later died of his wounds after being rushed to a hospital in the area.

Rescue officials said 11 people were injured in the attack, which occurred at about 7:30 p.m. Two of the victims were reported to be seriously wounded. At least four of those hurt in the attack were cops, police said.

The terrorist, who was not initially identified, was shot and killed by responding forces after holing up in a bathroom. 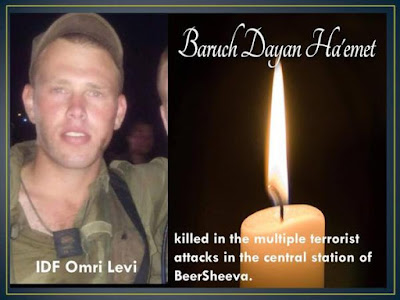