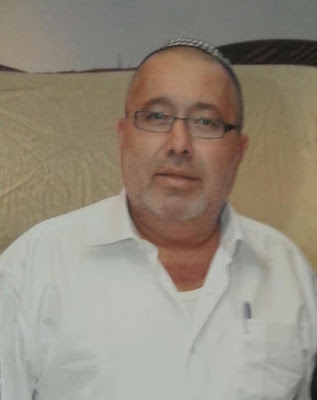 The Israeli man killed during an Arab rock attack near Hevron early Tuesday afternoon has been identified as Avraham Asher Hasno, father of 7 kids.

The victim - a resident of nearby Kiryat Arba - was fatally wounded after being ambushed by Arab rock-throwers.
A Magen David Adom team provided him with emergency medical care at the scene but could not save him.

The incident occurred at the Al Fawar junction, southwest of Hevron. Initial details indicate that Arabs hurled rocks at several vehicles, prompting 55-year-old Hasno to get out of his car – only to be run over by a truck. The truck may have been trying to avoid the rock ambush but there are conflicting reports about this.

It came not long after another terrorist attack near Hevron left a soldier lightly-to-moderately wounded. The soldier was stabbed by an Arab terrorist while patrolling near the Hevron Hills village of Beit Awwa. His attacker was shot dead by soldiers.

Israeli run over and killed near Hebron after stoning attack

DESPICABLE: Palestinians hand out sweets after a 50 y/o Israeli is killed in a stoning attack a short while ago. 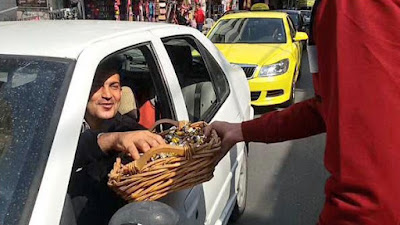 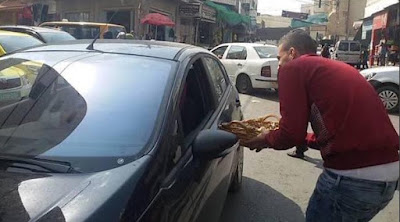