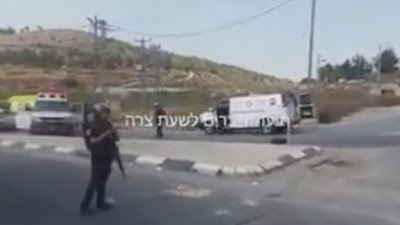 A car attack took place at the Gush Etzion Junction in Judea on Tuesday afternoon.

Two victims, one identified as a Jewish youth and the other as an IDF soldier, were lightly wounded after being run over by the terrorist, who was then eliminated.

The terrorist was driving from the direction of Hevron on the highway towards Jerusalem. He was shot by soldiers posted at the junction.

Magen David Adom (MDA) medics arrived at the site to provide medical treatment to the wounded, who were then evacuated to a hospital in Jerusalem. The roads leading to Gush Etzion Junction were closed following the attack.