Obama says too many Israelis ready to Abandon Solution for Peace 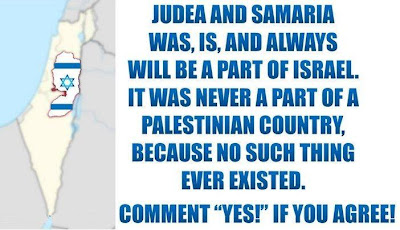 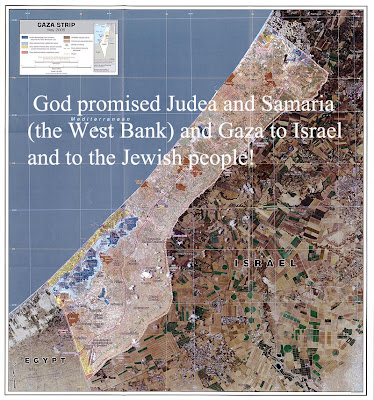 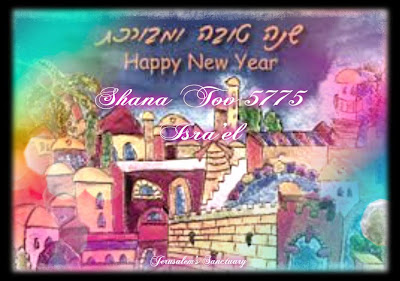 Murderers of the Three Teens Killed and Eliminated by IDF 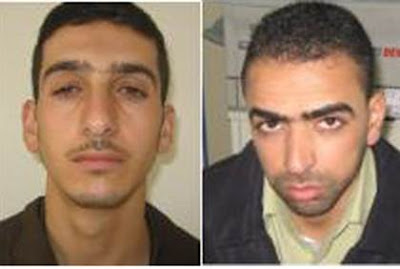 The operation was carried out by the Yamam, a special unit of the Border Police, and the IDF, in Hevron. An attempt was made to arrest the suspects but an exchange of fire developed in which they were killed.

The operation was made possible by the Shin Bet (Israel Security Agency), which located the murderers' hideout. In the last few days, several Hamas suspects were arrested and questioned on the assumption that they were assisting the fugitives.

"We have been pursuing these two since the abduction,” said Judea and Samaria Division Commander Brig. Gen. Tamir Yadai. “Last night the investigation ripened as regards their location and we have been surrounding the place where they were hiding since 1:00 a.m. We killed them and there are arrests of several other collaborators.”

"We began areesting suspects and at the same time we applied [IDF] 'pressure cooker' protocol on the house. It is a big house and they hid out in a secret arms store on the basement floor. The floor is not visible from the outside. At one stage they went outside and opened fire. One was shot and the other fell inside, into a hole.”

"There was use of weapons, like hand grenades and the deployment of explosives that were prepared ahead of time,” he added. “We know that they have been staying in this location quite a lot in the last few days. We know for certain that they were not here the whole time. They had weapons like M-16s, a Kalachnikov and handguns, too.”

Happy Feast Of Trumpets From Messiah Of Israel Ministries 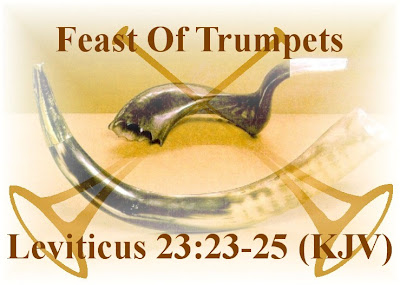 Tekia Gedola: Sound the Great Shofar of our Freedom! 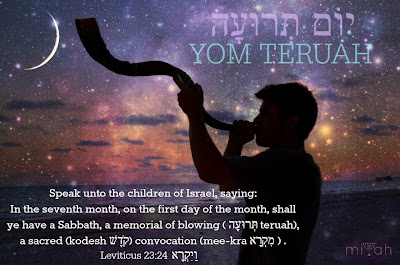 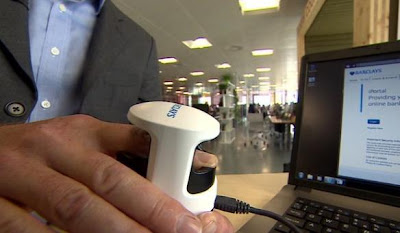 Forget PINs - now you can withdraw cash with your VEINS 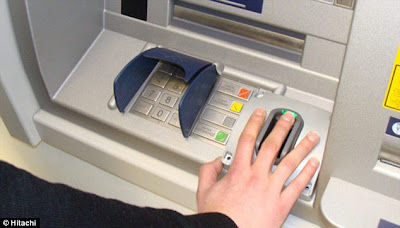 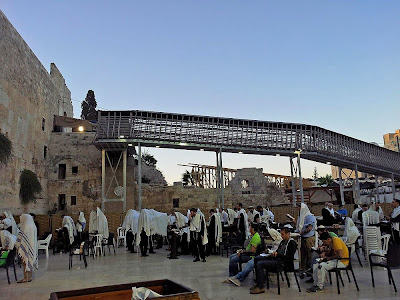 One week after Prime Minister Binyamin Netanyahu ordered its removal, workers have dismantled the wooden bridge leading to the Temple Mount Mugrabi Gate. The bridge, whose construction began just three weeks prior to the order , was intended to replace the current wooden bridge, which has been in use since 2007.

The current bridge replaced an earthen ramp which was damaged in a 2004 earthquake. The current bridge was built as a temporary replacement until a proper bridge could be constructed. On previous occasions Israel has begun the building of a permanent bridge only to stop when met with Arab opposition to the move.

Netanyahu's recent stop order came upon the heels of the strong objection of King Abdullah of Jordan. The Prime Minister's Office explained the resultant construction freeze as a gesture to help strengthen Abdullah in light of growing anti-Israel and Islamic sentiment in Jordan. The presence of Israel as Jordan's western neighbor is considered a strong deterrent to Muslim Brotherhood and ISIS terrorists who seek to overthrow king Abdullah.

The current temporary wooden bridge, which is now not going to be replaced, is the only entry to the Temple Mount open to non-Muslims under current arrangements. It was condemned as unsafe two years ago by Jerusalem city engineers.

To read more about the bridge: israelnationalnews 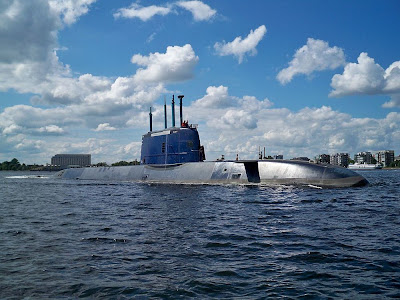 The INS Tanin, Israel's fourth and most advanced Dolphin class submarine – is en route to Israel from Germany, and the Navy has released video of the vessel and the ceremony in which it was launched at Germany's Kiel shipyards at week's end.

Reports claim Israel has modified the Dolphin's 650mm launch tubes to allow the launch of missiles that could carry nuclear warheads. Such missiles should give Israel the ability to deter belligerent neighbors like Iran, if it delivers a sufficiently convincing threat to make use of them. However – Israel has thus far maintained a policy of nuclear ambiguity.

The German weekly Der Spiegel reported that the submarines have a nuclear capability and are part of Israel's weaponry to counter the nuclear threat from Iran.

Each Dolphin-class submarine is capable of carrying a combined total of up to 16 torpedoes and Submarine-launched cruise missiles (SLCMs). The cruise missiles have a range of at least 1,500 km (930 mi) and are widely believed to be equipped with a 200-kilogram (440 lb) nuclear warhead containing up to 6 kilograms (13 lb) of plutonium.

Israel has already purchased a fifth Dolphin-class submarine at a subsidized rate from Berlin, and has an option for a sixth. 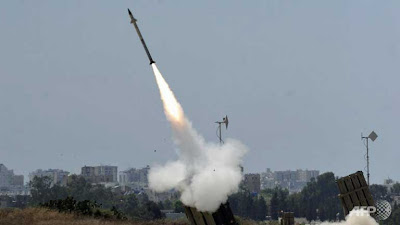 Israel and the US Missile Defense Agency tested an improved Arrow 2 anti-ballistic missile at an Israeli test range over the Mediterranean Sea Tuesday, the Defense Ministry said in a statement.

“An Arrow 2 missile was launched and performed its flight sequence as planned. The results are being analyzed by program engineers,” the statement read.

Defense Ministry spokesperson Jonathan Mosery said that the Arrow 2 system, which has been operational for years and is intended for use against long-range threats, “like Iron Dome, undergoes ongoing improvements” to software and hardware and other components.

Israel is in the process of developing a five-tiered system of air defense, offering protection against projectiles ranging from mortars to ballistic weapons.

Of the two operational systems, only Iron Dome has been used in combat. Defending against short-to-mid-range rockets, it intercepted roughly 90 percent of its targeted projectiles during Operation Protective Edge, according to figures released by the army. The other three systems – Iron Beam, David’s Sling, and Arrow 3 – are expected to become operational within the coming two years.

The Arrow 2 was rolled out in March 2000. “This is a great day for the Air Defense Forces, for the Air Force, the defense establishment and, I would say, for the State of Israel,” Maj. Gen. Eitan Ben Eliyahu said at the time. He called the Arrow 2 “the only weapon system of its kind in the entire world,” adding that Israel is the first country to “succeed in developing, building and operating a defense system against ballistic missiles.”

Tuesday’s test, the Defense Ministry said, has no bearing “on the Israeli operational systems’ capability to cope with the existing threats in the region” and is merely “intended to counter future threats.”

The Arrow 3, still incomplete, is designed to intercept missiles at a higher altitude, in space and above the earth’s atmosphere, minimizing the threat of fallout from weapons of mass destruction and increasing the likelihood of a successful interception of incoming missiles. 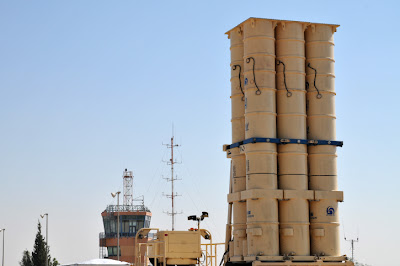 The Coming War To Israel 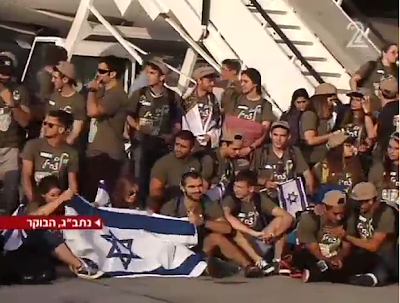 Since the beginning of Operation Protective Edge, this Brooklyn family has been glued to their television. The daughter, Pamela Kanner, is scheduled to make Aliyah – move to Israel, in a few days. Her mother tells us that their friends and families all question why she must move there now.

Pamela explains, "It's my ideology. How I want to live my life. I want to start now." It's difficult to decide what to pack when you've got a one-way ticket. How do you dress for your ideology? Pamela adds, "It might be more comfortable here and you might think safer, however, last week someone drew a swastika in the playground. 308 Jewish mothers came to the airport to see their children move to Israel through the organization Nefesh B'Nefesh. More than 100 will soon be wearing IDF uniforms.

Before leaving, Mindy and Randy Levine invited these lone soldiers to a Yankees Baseball game. While many Israelis would see Oren Burstein living the American dream, he sees it differently. "When I'm studying math in New York and I hear about a terror attack in Israel, I feel I need to be there, that's why I want to go into the army." Oren's two brothers also served in the IDF.

Yeshayahu, Oren's father recalls, "When I heard about the mission in which Givati soldiers were killed, I immediately thought it could be Ariel." He knows that the decision to move to Israel and join the army has to be Oren's. Oren sums it up, "My dream is about to come true." Erez Halphon from Nefesh B'Nefesh was concerned that people would want to put off going to Israel during the present military operation, but no one cancelled. We wish these proud new Israelis all the best.

After 75 years, ruined Torah scroll found under couch in Poland 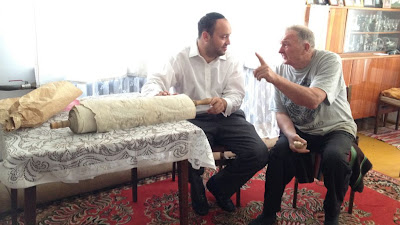 A ruined, hidden Torah scroll entrusted to Polish shepherds by their Orthodox Jewish neighbors before deportation to Treblinka has finally come home to Israel.

The severely damaged scroll was found by Polish students volunteering for Jewish organization From the Depths on its “Matzeva Project” which recovers Jewish gravestones that were repurposed during or after World War II.

The University of Warsaw students, Joanna Kopacka and Bartek Krzyżewski are coordinators of the Matzeva Project. As part of the team’s tactics, they go door-to-door asking residents if they have or know where there are gravestones in small Polish towns such as this northern village called Filipów.

There, an elderly couple in its late 70s was approached. The husband, Kazimierz Wróblewski, a retired shepherd, denied knowledge. But his wife suggested he show the students the Jewish item they did have.

Wróblewski lifted cushions from a couch and revealed a brown-paper wrapped Torah scroll that had been hidden there since 1939 when the Jewish population of approximately 280 was deported and murdered.

The next door neighbors of the Wróblewski family were religious Jews who before deportation had asked his father to keep the Torah scroll safe. The Jewish patriach was convinced of his safe return from the camps, Wróblewski told From the Depths head Jonny Daniels.

Wróblewski was ashamed of keeping the scroll and only allowed Daniels’ organization to enter and remove it under wraps, through the back door. His wife, upon learning it would be taken to Israel, said she strongly supports the country and asked the organization to send her earth from the Holy Land.

The scroll’s condition is dire: Half of the Torah was used by the family over the past 70 years as rags, including as insoles for shoes. In Israel, From the Depths hopes to have it restored, letter by letter, by Holocaust survivors.

After its repair, Daniels intends to donate the scroll to the Knesset in a gala ceremony attended by politicians and Holocaust survivors from throughout the world.

“The Torah is what binds us as a people, what connects us as Jews from one generation to the next. To find this Torah scroll, even in its current condition, was completely overwhelming. To carry on the final wishes of this Holy Jew murdered so brutally in the Shoah by making sure the scroll is brought back to its proper condition and used, is incredibly significant for me,” said Daniels.

“This is a clear symbol of triumph, showing again the victory of the Jewish spirit over those who try to exterminate us,’ he said.

Netanyahu: Steven Sotloff was Murdered Because He Symbolized the West 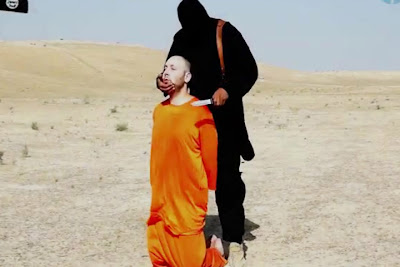 Who Won the War? Israel or Gaza? 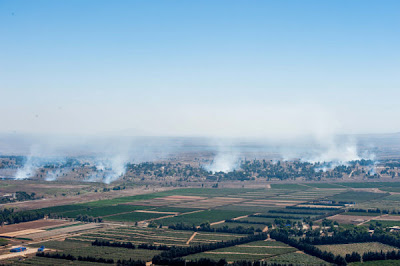 An Al Qaeda-linked Syrian rebel group seized control of the Quneitra Crossing between Israel and Syria on Wednesday.

Israeli authorities ordered farmers and other civilians in the northeastern part of the Golan Heights to evacuate earlier in the day, as Syrian government forces battled the Al-Nusra Front near the border region.

As the fighting raged, a number of mortar shells landed in Israel, and wayward gunfire from Syria wounded an Israeli army officer. The IDF responded with targeted artillery fire.

The Al-Nusra Front has repeatedly acknowledged its allegiance to Al Qaeda. At one point, al-Nusra was working together with the Islamic State (formerly ISIS), but the two groups later began fighting one another when Islamic State leader Abu Bakr al-Baghdadi tried to force a merger.