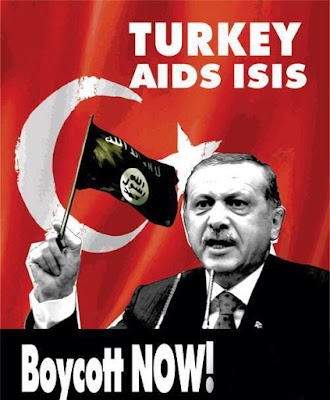 Israel urged its citizens visiting Turkey to leave "as soon as possible" in an upgraded travel advisory on Monday predicting possible follow-up attacks to the March 19 suicide bombing in Istanbul blamed on Islamic State.

Three Israeli tourists and an Iranian were killed in the Istanbul attack, which prompted the counter-terrorism bureau in Prime Minister Benjamin Netanyahu's office to issue a generalized "level 3" warning against travel to Turkey.

A statement by the bureau raised this to "level 2" on Monday, signifying what it called a "high concrete threat" that Islamic State or similar groups would attack Turkish tourist attractions. It did not elaborate on what prompted the alert.

A senior diplomatic source said the advisory was intended only for Israeli tourists, not for dual-nationals living in Turkey, and that the update was issued in line with the latest information from the Turkish authorities.

President Tayyip Erdogan's spokesman, when asked at a briefing about the Israeli advisory, said the move had followed Turkey's own warnings to its citizens. But he urged countries against playing into the militants' hands, after a series of security alerts from foreign diplomatic missions in Turkey.

"One should refrain from moves that lead to the suspension of daily lives, in a way which would be welcomed by the terrorists," presidential spokesman Ibrahim Kalin said.

The Israeli statement said Israelis should avoid going to Turkey and, if already there, "depart as soon as possible".

If a "level 1" alert were by issued by Israel, that would urge citizens to leave the country "forthwith". 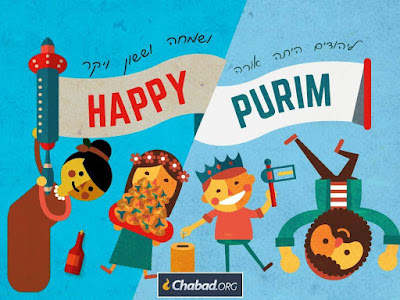 Purim – the Jewish carnival that celebrates the rescue of the Jewish people in ancient times (and it will be rescued the same again, by Hashem, in the near future). 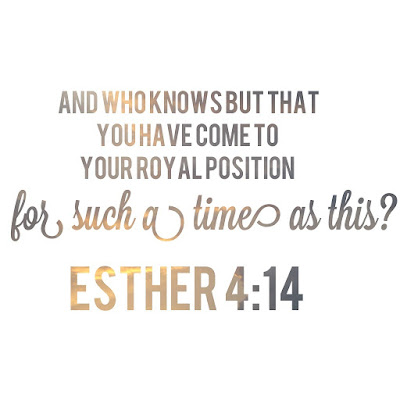 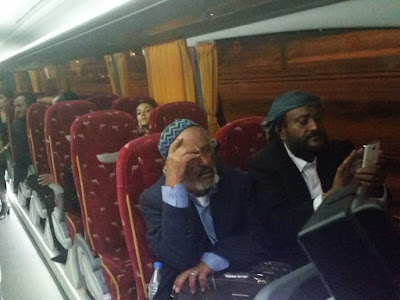 The Jewish Agency on Monday brought a group of some of the last remaining Yemenite Jews to Israel in a covert operation, hailing the end of a decades-long “historic mission” to “rescue” the Jews of the country.

The 17 members of the dwindling community were flown in following a year-long secret operation involving the Jewish Agency for Israel and the US State Department. Two other members of the tiny community arrived in recent days as well.

The group comprised the final batch of approximately 200 Yemenite Jews brought to Israel by the Jewish Agency in recent years, the organization said.

Fourteen came from the town of Raydah, while one family of five hailed from the capital, Sanaa, the Jewish Agency said in its announcement. “The group from Raydah included the community’s rabbi, who brought a Torah scroll believed to be between 500 and 600 years old,” it said.

The final group of Jewish immigrants from Yemen arrives in Israel accompanied by an ancient Torah scroll. 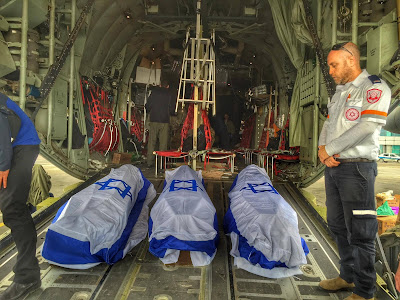 Magen David Adom mourns the 3 victims and extends it's condolences to their families. (photographer: Assi Dvilanski).

Prime Minister Benjamin Netanyahu held an emergency cabinet meeting and press conference on Saturday after a suicide bomber killed three Israelis and wounded another 11 in Istanbul.

The terrorist is believed to have been an ISIS operative.

Israel is currently investigating the circumstances surrounding the attack, in coordination with Turkish authorities, but Netanyahu said that at present there is no evidence that Israelis were specifically targeted.

Israeli military and rescue teams were dispatched to Istanbul to bring home the deceased and some of the wounded Israelis, several of whom remain in serious condition.

Among the deceased were two Israeli-American citizens.

Netanyahu warns Hamas after weekend of rocket fire from Gaza 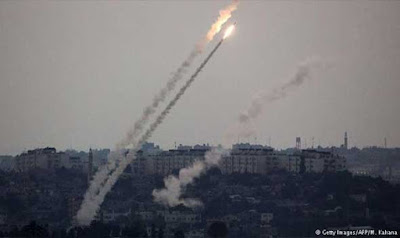 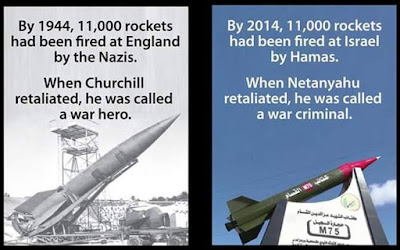 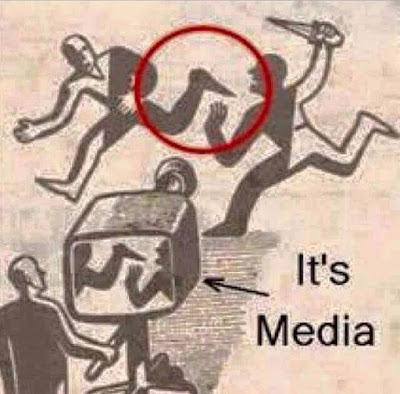 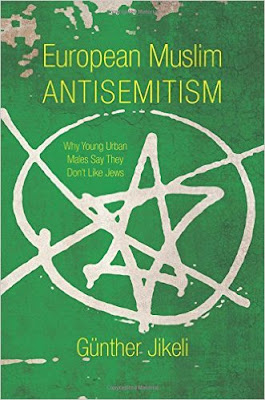 In a year that saw several crimes related to anti-Semitism occur in the Netherlands and a vicious assault on a kosher supermarket in Paris, about 85 Jewish people emigrated out of the Netherlands for Israel, an increase from about 61 a year earlier.

The violence prompted Israeli Prime Minister Benjamin Netanyahu to call for Jews living in Europe to flee for Israel.

“85 is still not much out of a community of 45 thousand,” Guy Muller told the Volkskrant. Muller represents the Netherlands-based Center for Information and Documentation on Israel (CIDI). “But Dutch Jews are more occupied with the question of if they will ever leave,” Muller said.

He also considered it bad for morale to see the increase in armed security at Jewish institutions across the Netherlands following anti-Semitic chanting and rioting at a Hague gathering in 2014. Chief Rabbi Binyomin Jacobs, said it has led to more calls from parents concerned there is no future for their Jewish children in the Netherlands.

“This wave of terror attacks can be expected to continue, including antisemitic and murderous attacks. We say to the Jews, to our brothers and sisters, Israel is your home and that of every Jew. Israel is waiting for you with open arms,” Netanyahu said in February.

“There is no conceivable Netherlands without Dutch Jews. Our history is connected, our future will be,” Deputy Prime Minister Lodewijk Asscher said in response. “If you go to Israel, do so because of a positive choice.”

“And there is hope for thy future, saith the LORD; and thy children shall return to their own border.” - Jeremiah 31:16 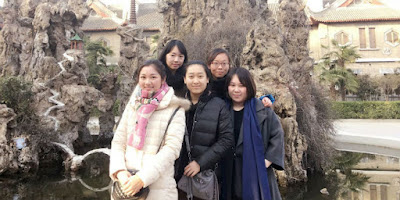 Five women from the ancient Jewish Chinese community of Kaifeng will be fulfilling their dream as they ready themselves to move to Israel at the end of February.

It is prophesied that at the end of days, Jews from all over the world will make aliyah (move to Israel). Thanks in no small part to the organization Shavei Israel, this prophecy is coming true today as Jews from Kaifeng, China will merit to call Israel their home.

Little is known about the history of Kaifeng’s Jewry. Scholars dispute over the exact period when a small group of Jews emigrated from either Persia or India to the city of Kaifeng and erected a synagogue there, though most agree that it was around the 11th century BCE.

Though the community was few in number, no more than 5,000 at its strongest, it managed to preserve Jewish traditions and customs until the 17th century. Over the past several hundred years, however, intermarriage and assimilation have caused the number to dwindle significantly. Today, the Jewish population of Kaifeng amounts to fewer than 1,000 people.

Despite the overwhelming pressure to assimilate, there are still a large group of Jews in Kaifeng seeking to preserve and revive their Jewish identity for the next generation. Shavei Israel supports the Jews still living in Kaifeng while aiding some to fulfill their dreams of moving to Israel.

Said Michael Freund, founder of Shavei Israel, “After centuries of assimilation, a growing number of the Kaifeng Jews in recent years have begun seeking to return to their roots and embrace their Jewish identity.” 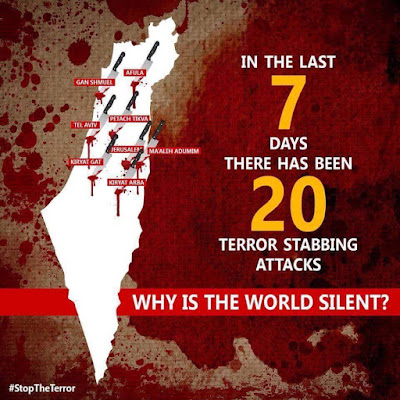 The myth of the Palestinians 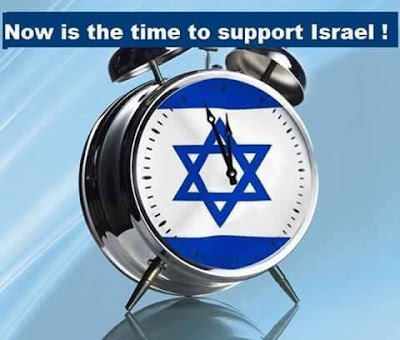 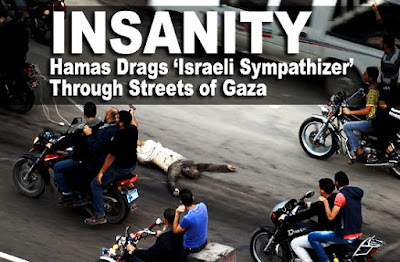 The potential measure has long been advocated by some officials - including members of the government from the Jewish Home and Likud parties - as a means of deterring terrorists.

Families of terrorists who celebrate or knew about their attacks in advance already have their homes bulldozed as part of a raft of counterterrorism deterrence measures enacted by the government since the wave of terror began last year, but the option of expulsion has until now not been implemented.

"Many terror attacks in the last few months have been carried out by 'lone wolf' terrorists," Netanyahu wrote in his letter to Mandelblit. "These attackers sometimes come from families who encourage and assist their attacks.

"I request your legal opinion on the possibility of... distancing family members who aided terror to the Gaza Strip."

"I will explain that the use of this measure will bring about a significant decrease in acts of terror against the State of Israel, its citizens and residents," the PM added.

Supporters of the move within the government include Education Minister Naftali Bennett and Deputy Defense Minister Rabbi Eli Ben Dahan of the Jewish Home party, and Transportation Minister Haim Katz of Netanyahu's own Likud party.

Earlier this week, Katz once again voiced his support for expelling terrorists' families to Gaza.

"Our duty as a government is to save lives, and expelling the families of terrorists will decrease the motivation among those minors to carry out attacks," he said, referring to the young ages of many attackers, most of whom are not formally members of terrorist organizations.

"I am sure that after the expulsion of several individual families this 'terror of individuals and minors' will stop," he added. "This is our obligation. We are fighting for our home and our job is to make sure this stops."

If plans to expel terrorists' families from the country altogether face too many legal obstacles, MK Motti Yogev (Jewish Home) has suggested relocating them to isolated areas in Israel's southern Negev Desert.

"No son wants his father and mother to find themselves with no livelihood, and his brothers without an education," Yogev said.