Israel, do not trust the United States too much!
Gepost door Henoch op maandag, maart 31, 2014

What would you and your government do, if these kinds of deadly rockets were fired into your city or village?

"Obama administration pressuring Israeli to release terrorists from prison. How about give them greencards and let them free in America?" 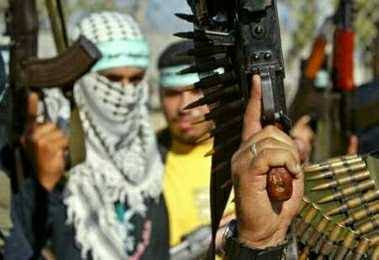 this man is speaking inspired by Satan, also called the devil. He is speaking utterly by a depraved and evil mind!

Moshe Feiglin: Why The Temple Mount Has Become A Powder-Keg

After being illegally banned from the Temple Mount by order of Prime Minister Netanyahu for the duration of one year, Knesset Member Moshe Feiglin resumed his monthly ascent in February, 2014. Today, March 20th, in his second ascent since his ban was rescinded, Moshe was greeted by a pre-planned mob of Muslim thugs who hurled stones and insults at Moshe and the Jews who accompanied him.

As has come to be expected, instead of punishing the culprits, the police responded to the Muslim violence and contempt by quickly calling off Moshe's visit, and instead of allowing the group to follow the usual path all along the Mount, they were quickly lead off the Mount via the Chain Gate, some 70 meters distance from where they entered.

MK Feiglin can be heard advising the police commander to at the very least, allow him to ascend to the elevated platform, the place of the Inner Courtyard of the Holy Temple, (as he had done in his previous ascent), as an expression of Israeli sovereignty over the Mount. The commander refused.

(There exists no Israeli Occupied territory) 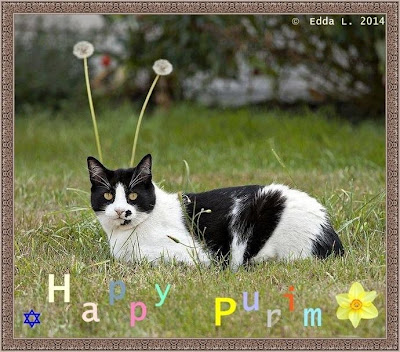 WITHOUT COMPROMISE - WE STAND WITH ISRAEL!!! 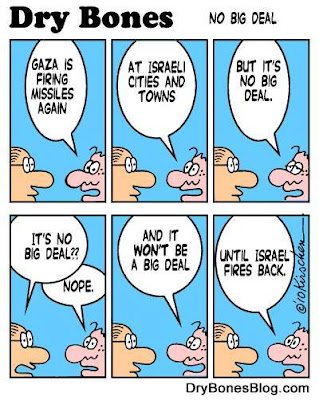 It is not hard to imagine the ramifications of political instability for the people of Ukraine with foreign troops marching on their soil. The recent invasion of Russian soldiers in Crimea has caused Ukrainians to pray and intercede for deliverance. The Jewish people of Ukraine suffered greatly at the hands of invading forces during the Holocaust, with about a million murdered. Millions more lost their lives in World War II. This current threat is a real reminder of past days of tyranny.

The Messianic Jewish Bible Institute has a school in Odessa, Ukraine, with related congregations. We are asking for your prayers. Please pray specifically for protection and breakthroughs for Valentin Sviontek and his leaders as they oversee their flock.

Ukraine has a special destiny in the last days before Messiah's return. Pray that God will show Himself strong and deliver this country from tyrannical rule. Jews and Christians alike have grave concerns, and the current threat of persecution or government take-over is felt. The devil means this for evil, but God means it for good.

Just as the Lord saved the Jewish nation during the time of Queen Esther during the first Purim, God wants to fight for and save the Jews of the former Soviet Union. He wants to raise up a righteous standard among all believers there. Pray for breakthroughs as we enter into the observance of Purim this year. Let us believe that God will rescue the people of Ukraine.

Thank you so much for standing in the gap with us in prayer.
Gepost door Henoch op donderdag, maart 13, 2014

The Fast of Esther 1 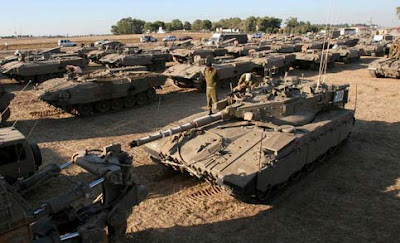 Responding to the onslaught of more than 60 rockets fired by Islamic Jihad terrorists from the Gaza Strip this evening, Foreign Minister Avigdor Liberman has said that any Israeli response must include the retaking of Gaza.

"Following an attack like this - a barrage of more than 50 rockets - there is no alternative to a full reoccupation of the entire Gaza Strip," he said.

Immediately following the initial barrage - which was claimed by Islamic Jihad - Prime Minister Binyamin Netanyahu threatened a "forceful" response against those responsible.

Israel withdrew from Gaza in the 2005 "Disengagement Plan", which saw the withdrawal of all IDF positions and the destruction of all Jewish communities in the territory, along with the forced expulsion of the roughly 9,000 Jews living there.

At the time, right-wing leaders had warned the withdrawal would worsen, rather than improve Israel's security situation, and that troops would simply have to return to curb rocket-fire against nearby Israeli communities - a stance largely vindicated by the subsequent spike in rocket attacks following the seizure of the territory by Hamas, which prompted two separate counterterrorism operations.

The Deputy Chief of IDF Staff, the Head of Military Intelligence, and the Air Force Commander of the Southern Command are currently in an urgent meeting to asses the situation. IDF Chief of Staff Benny Gantz is reportedly being updated in the US as events unfold. 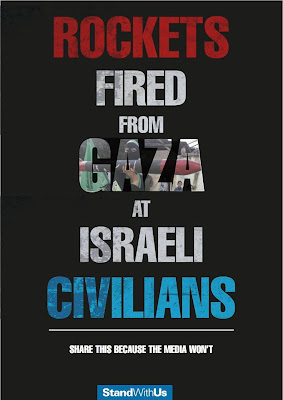 Dozens of rockets as well as mortar rounds were fired from the Gaza Strip Wednesday at southern Israeli towns. Hours later the IDF fired tank shells at what it termed “terror targets” in the Strip.

Israeli reports put the number of rockets at over 60, and Islamic Jihad, which took responsibility for the attack, said it had fired 90 rockets at Israel. The organization said in a statement that it had launched an ongoing “military operation,” which it termed “Ending the Silence.”

No Israeli casualties were initially reported in the largest attack from the Strip since Operation Pillar of Defense in late 2012. Most of the rockets were reported to have fallen in open areas, though at least one rocket landed in a residential neighborhood. Damage was reported in two impact sites.

Four consecutive alarms were heard by residents of Sderot as well as the nearby Eshkol Regional Council. Residents throughout the entire region were instructed to remain in protected areas. Explosions were heard in Sderot, Netivot and surrounding areas.

Some of the rockets were reported to have been launched from the east Gaza City neighborhood of Shuja’iyya. IAF jets were reportedly flying over the Strip, apparently in an effort to thwart further rocket launches.

The army said three of the rockets were intercepted by the Iron Dome defense system.

Officers in the southern command were set to convene Wednesday evening to discuss possible responses to the attack.

The Course of Iran's Weaponry Shipment to Gaza

Abbas: No recognition of Israel as Jewish state 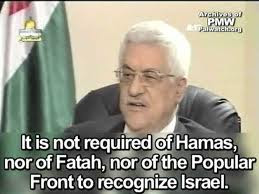 Palestinian President Mahmoud Abbas said there is "no way" he will recognize Israel as a Jewish state and accept a Palestinian capital in just a portion of Israeli-annexed east Jerusalem, rebuffing what Palestinians fear will be key elements of a U.S. peace proposal.

Abbas' comments signaled that the gaps between him and Israeli Prime Minister Benjamin Netanyahu remain wide after seven months of mediation efforts by U.S. Secretary of State John Kerry.

Abbas, whose remarks were published Friday by the Palestinian news agency WAFA, said he withstood international pressure in the past, when he sought U.N. recognition of a state of Palestine over Washington's objections.

Speaking to youth activists of his Fatah party, he suggested he would stand firm again, particularly over the demand that the Palestinians recognize Israel as a Jewish state.

"They are pressing and saying, 'No peace without the Jewish state,'" he said, though not spelling out who is applying the pressure. "There is no way. We will not accept."

Celebrating Iran's Revolution - and the threats against the USA and Israel

Joseph Goebbels - The Minister of Propaganda, BDS and Today 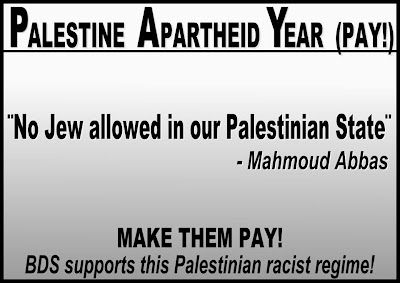 We believe in accordance with the Temple Institute, that there must be free worship on God's holy Mountain, the Temple mount. And that it is the most holy place for the Jewish people, but also for Christians alike.

The Muslims and Islam does not belong there, but only in Mecca and Medina. We know the Jewish Temple will be rebuilt, but we must warn the Jewish people for the false man-Messiah that will enter the rebuilt Temple of God!

As it Is written:

"Don’t let anyone deceive you in any way. For the Day will not come until after the Apostasy has come and the man who separates himself from Torah (the man of lawlessness) has been revealed, the man doomed to destruction. He will oppose and will exalt himself over everything that is called God or is worshiped, so that he will sit in the Temple of God and proclaim that he himself is God." (2 Thessalonians 2:3,4)
Gepost door Henoch op woensdag, maart 05, 2014 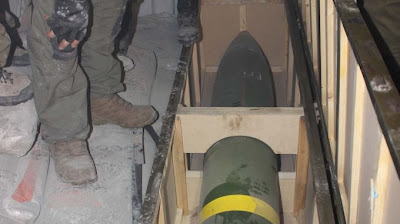 Some kids are too young to hate. IDF soldiers (actually, border police) patrolling in in Hebron give food to Arab kids - and this is not an unusual scene, despite the lies that the anti-Israel crowd tell you. 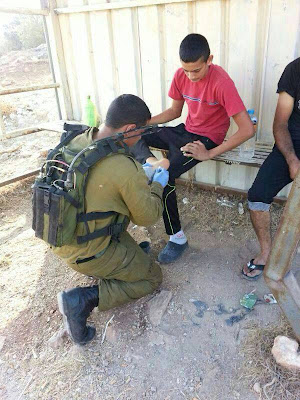 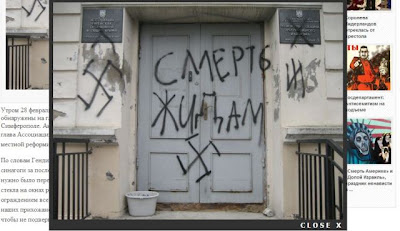 If Bibi was/is biblical, and if he wouldn't bow down for the pressure of the world powers, and if he would use his brains, he would immediately abandon the utopia of a two state disaster, stop seeking for a false peace (peace the Islamic and Palestinians doesn't want), and he would stop the insane idea of dividing the land of God.﻿

"For when they shall say, Peace and safety [security]; then sudden destruction cometh upon them, as travail upon a woman with child; and they shall not escape." (1 Thessalonians 5:3) 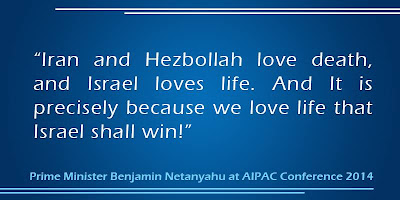 We are against the two state utopia, and we pray it will never happen! All rulers of the Earth that will try to divide God's land Israel, will surely hurt themselves!