Sadistic Death Pornography Coming to a Theater Near You 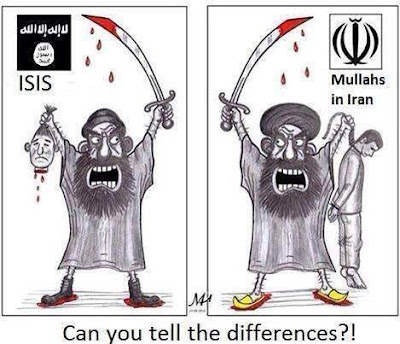 This is a year of sadistic death pornography. For the last eight months, the death artists of ISIS have been enslaving, beheading, tossing gay men out of buildings, and burning Muslims and infidels alive. These gruesome deeds are faithfully, lovingly, preserved via video and released to the world. ISIS must be stopped now.

The West, and civilized people everywhere, seem unprepared, even shocked, by all this. But why?

The entire 21st century has been characterized by an alarming and exponential rise in anti-Semitism, the beheading of Western journalists; planes being flown into buildings, ships and trains being blown up, Embassies being torched, hotels being taken hostage, children being kidnapped into slavery or used as human shields; by genocides, massacres, grisly crucifixions, human homicide bombs—and all the perpetrators have been Muslims who insisted that they were engaged in holy Jihad against an infidel world (or the wrong kind of “other” Muslim) whose values are anti-Islamic.

King Abdullah of Jordan, like President Obama, insists that ISIS has nothing to do with Islam; that they are a criminal gang of psychopaths. I am sure they are—but they are being empowered by what they view as a religious mandate. Whoever and whatever these masked men of ISIS are--religious zealots, psychopaths, demagogues, barbarians, death-eaters—they must be defeated, definitively, and starting now.

This can happen again. It is happening again.

People can feel it in their bones. There are so many Hollywood movies set in a post-nuclear Holocaust future; usually, there are a handful of survivors midst bleak and smoking ruins.

President Obama, the so-called head of the free world will not do it.

The atrocities of ISIS, meant to shock, (and shock they do) are only a diversion from and a prelude to what can happen once an equally barbaric Iran obtains nuclear power, apparently, something that President Obama welcomes.

Once again, Jewish Israel is at the center of this storm. The survival of the entire world may depend upon whether Prime Minister Netanyahu can persuade the American people to stop their President who is counting on a fully nuclear Iran to stabilize central Asia and the Arab Middle East.

He has kept most of his negotiations hidden and out of sight. Please read Michael Doran’s piece about Obama’s Secret Iran Strategy.

May God be with Prime Minister Netanyahu and with us all as this world spins ever more wildly out of control.