Tomb of Ezra The Scribe Turned into a Mosque 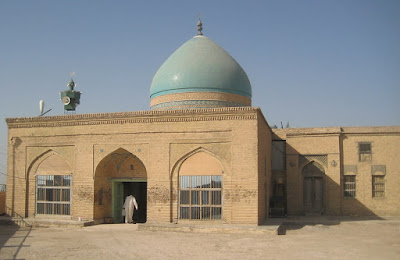 A recent Facebook video from the shrine of Ezra the Scribe, some 400 kilometres south of Baghdad, has confirmed what many have suspected for some years: this tomb, that Jews have revered since Biblical times, has now been transformed into a mosque.

During the period of the Second Temple (516 BCE - 70 CE) Ezra the Scribe led the Jewish exiles back to Jerusalem from Persia. He is either thought to have died in Jerusalem or in Uzair, near Basra.

Ezra's tomb was in Jewish hands until the mass exodus of 1950 - 51. Now, however, Koranic inscriptions and hadith hang on the walls and much green paint has been used to decorate the building.

But the video does show that Hebrew inscriptions still survive, namely psalms inscribed on marble or wooden plaques. These are typical of Jewish holy places in Iraq. They are shaped like lamps - the menorot of the Temple - and bear the ineffable four-letter name of God.

Peer through a window into the sarcophagus and you will see an inscription in Hebrew identifying it as the final resting place of Ezra the Scribe. 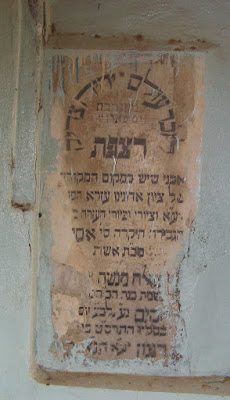