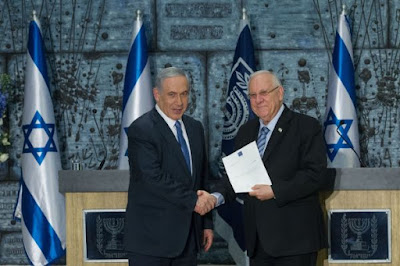 Moshe Kahlon, whose Kulanu Party won 10 seats, suddenly canceled his scheduled meeting with Netanyahu after learning that the ultra-Orthodox parties would be offered key economic positions in the Knesset.

Kahlon ran on a platform of further reforming the Israeli economy, an in particular tackling skyrocketing housing prices. He argues that giving the ultra-Orthodox control over Israel’s purse strings would prevent any meaningful progress.

Naftali Bennett, whose Jewish Home brings 8 seats to the coalition, kept his meeting with Netanyahu, but was adamant he would head to the opposition if not given either the Foreign Affairs or Defense ministries.

Avigdor Lieberman, whose Israel Beiteinu won just 5 seats, has also demanded the Defense Ministry, and has likewise stated his willingness to sit in the opposition should that condition not be met.

Inside Netanyahu’s Likud, senior party members have attacked the smaller potential coalition partners for not being more modest in their demands. The higher ranked of Likud’s 30 Knesset members also insist on being rewarded with ministerial posts.