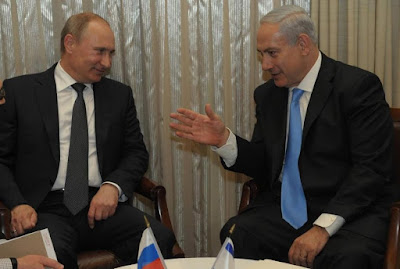 Netanyahu told Putin in public remarks that he was visiting Russia “to clarify our policies, and to make sure that there is no misunderstanding between our forces” at the Israeli-Syrian border.

“As you know, in recent years, and particularly in recent months, Iran and Syria have been arming the extremist Islamic terrorist organization Hezbollah with advanced weapons, aimed at us, and over the years thousands of rockets and missiles have been fired against our cities,” Netanyahu said. “At the same time, Iran, under the auspices of the Syrian army, is attempting to build a second terrorist front against us from the Golan Heights. Our policy is to prevent these weapons transfers, and to prevent the creation of a terrorist front and attacks on us from the Golan Heights.”

Putin said Russia’s actions in the Middle East “will always be very responsible,” and that Russia condemns any shelling of northern Israel that represents spillover from the nearby Syrian civil war.

“Our main goal is to defend the Syrian state,” he said. “However, I understand your concern and I am very pleased that you have come here to discuss all issues in detail.”

Netanyahu meets with Putin in Moscow 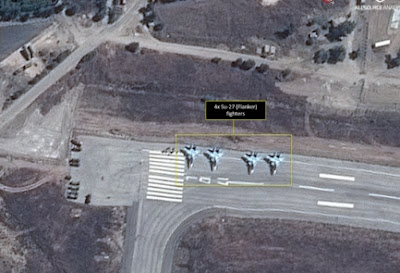