Israel Early Elections: Who Wins, and Who Thinks They'll Win? 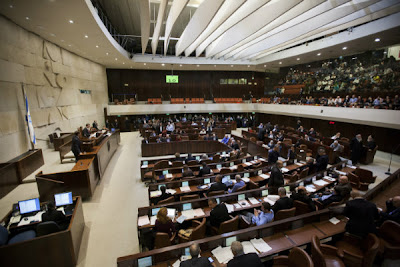 It’s official. The current government in Israel is dissolving. An early election has been set for March 17, 2015. The nation is about to be plunged into yet another season of political campaigning.

The question on the minds of just about everyone is who benefits most from this move, and, equally important, who thinks they will benefit, but might be sorely mistaken?

Prime Minister Benjamin Netanyahu triggered the early election process by firing the two leading left-wing ministers in his cabinet - Finance Minister Yair Lapid and Justice Minister Tzipi Livni - in hopes that going to the polls would deliver a less fractious 20th Knesset, enabling him to form a government that, in Netanyahu’s words, doesn’t include an “internal opposition.”

Surveys conducted by Channel 2 News and Channel 10 News shortly before Netanyahu’s announcement showed that most Israelis blamed the prime minister for the early elections, but that a plurality of voters would choose his Likud party in the upcoming poll.

There is much speculation that Jewish Home leader Naftali Bennett had a hand in bringing about the early election given that he and his party stand to gain the most. Jewish Home is the only party predicted to grow by more than 50 percent, and Bennett could then make a strong case for demanding the position of defense minister, putting him on track to one day take the prime minister’s chair.