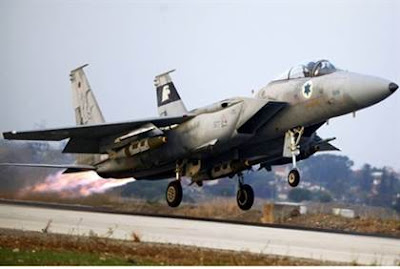 Israeli aircraft hit Gaza for the first time since an August truce ended 50 days of war after Palestinian terrorists fired a rocket at a southern Israeli town, witnesses and the army said early Saturday.

A spokesman for Gaza's Hamas-run health ministry said there were no casualties in the air strike, which came just hours after the rocket hit an open field in southern Israel on Friday without causing casualties or damage.

It was the third instance of rocket fire from Gaza since the August 26 truce between Israel and the territory's Islamist de facto rulers Hamas.

Military spokesman Lieutenant Colonel Peter Lerner said the "Hamas terrorist organisation is responsible and accountable" for the rocket fire, which he said the army viewed "with severity."

When the ceasefire went into effect, Israeli Prime Minister Binyamin Netanyahu vowed that his government would not tolerate a single rocket fired on Israeli territory, and would strike back even more strongly if attacked.