Israel to welcome the last group of Ethiopian Jews 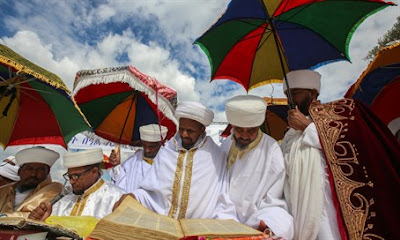 The Israeli government on Sunday approved a proposal to allow the immigration of thousands of Ethiopians claiming Jewish descent, two years after saying that none remained there.

“Today we’ve made an important decision, to bring here the last descendants of the communities with an affinity to Israel,” Prime Minister Benjamin Netanyahu said in a statement.

Israel brought the bulk of Ethiopia’s Jewish community to the country between 1984 and 1991 under the Law of Return guaranteeing citizenship to all Jews.

Sunday’s decision refers to the group known as Falashmura, descendants of Ethiopian Jews who converted to Christianity, many under duress, in the 18th and 19th centuries.

They are not considered Jewish and are therefore not eligible for citizenship, but many have relatives among Ethiopian Jews already living in Israel.

An Interior Ministry statement said the “last members of the community” would be allowed in over a period of five years, and would undergo conversion under the auspices of the ultra-Orthodox Chief Rabbinate.

A ministry spokeswoman told AFP there were approximately 9,100 such people awaiting permission to come, most in camps in the Ethiopian cities of Addis Ababa and Gondar.