Jonathan Pollard is free at last 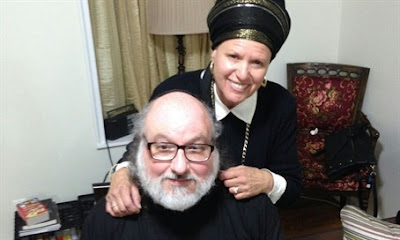 Longtime prisoner Jonathan Pollard has just left the Federal Correction Complex in Butner, North Carolina, after over 30 years of being held on espionage charges, his wife Esther announced shortly after 11 a.m. Friday.

Esther and a number of Pollard's closest confidantes were waiting to greet Pollard as he first tasted freedom, at 4:15 a.m. EST; from there they will set off for New York to begin their lives anew.

There in New York, a probation officer will be assigned to Pollard by the US Department of Justice, and will inspect to make sure the 61-year-old stays within all of the limitations placed on him. Any excursion beyond the immediate area of his residence will require the approval of the probation officer. He will likewise be forbidden from flying to Israel - and will even be forbidden from checking the internet.

Pollard, who was arrested on charges of spying for Israel in 1985 and later sentenced to life in prison, began his 31st year in jail as prisoner 09185-016 this past November. He has been suffering from poor health and has become the subject of a high-profile campaign for his release.

Last year, the Parole Board of the Justice Department rejected Pollard's parole, with senior U.S. officials involved in the case writing to US President Barack Obama to complain that the decision was "deeply flawed". Once Pollard's release was granted, however, controversy remained over the conditions of his parole, after Obama and other top-ranking officials refused to intervene to allow him to return home to Israel before the 5-year limit.

"The Jewish people welcome the release of Jonathan Pollard," Prime Minister Binyamin Netanyahu said. "As someone who brought up the issue many years with the US President, I have longed for this day."

"After three long and difficult decades, Jonathan will finally, finally be reunited with his family," Netanyahu continued. "I wish Jonathan that this Shabbat give him happiness and quiet, and that it should continue for the rest of his life."