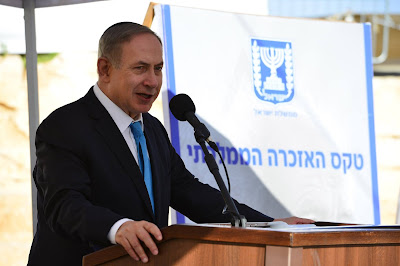 Prime Minister Benjamin Netanyahu made the following remarks at the state memorial ceremony for David Ben-Gurion:

"Our military force must be strong enough to repel any foe. It must be capable of taking the war to the enemy's territory, as was done in 1956 and in other wars, and it must be capable of threatening the annihilation of whoever threatens to annihilate us. To this end, today we are continuing to cultivate, more than ever, our military and intelligence forces, which in a certain sense, are unrecognizable from what was in Ben-Gurion's time but, I must say, directly follow the strengthening that he began and which has continued until the present.

The IDF has become one of the world's leading and strongest militaries. Our intelligence and preventative units are among the best in the world and whoever threatens our existence places himself in very great danger. We are equipping ourselves with F-35s, submarines, cyber and defensive systems such as Iron Dome, David's Sling and others." 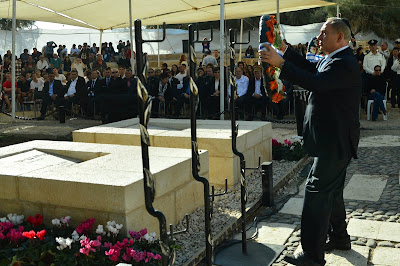