Israel prepared for 'any scenario' after attack on Hezbollah 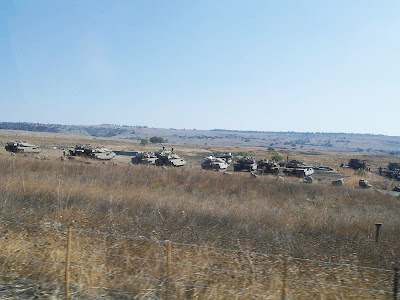 Anticipating a possible counter-attack from Hezbollah, Israel is prepared for “any scenario” and will operate with “determination and the required intensity” along the northern border with Syria and Lebanon, declared Israel Defense Forces Chief of Staff Lt. Gen. Benjamin Gantz.

Gantz on Friday paid a morning visit to the IDF Northern Command, where he told reporters “the IDF is keeping a close eye on recent developments in the northern region.”

“IDF forces are alert and prepared to respond if needed. … The IDF is prepared for any scenario, and will on the one hand, exercise proper discretion, and on the other, operate with determination and the required intensity.”

Gantz was speaking after an Israeli official took the unusual step of recognizing his country was behind last Sunday’s strike on a Hezbollah convoy near the Israeli side of the Golan Heights.

The attack killed Iranian Revolutionary Guard Gen. Mohammed Allahdadi as well as a Hezbollah commander and the son of the group’s late military leader, Imad Muughniyeh. Hezbollah said six of its members died in the strike.

Reuters on Tuesday quoted a senior Israeli security source stating Allahdadi was not the intended target and that Israel believed it was attacking only low-ranking Hezbollah members who were about to carry out an attack on the border.

Asked if Israel expected Iranian or Hezbollah retaliation, the source told Reuters: “They’re almost certain to respond. We’re anticipating that, but I think it’s a fair assumption that a major escalation is not in the interest of either side.”

Indeed, Iran wasted no time before threatening to hit back. The Revolutionary Guard chief, Gen. Mohammad Ali Jafari, was quoted Tuesday telling the state-run Fars news agency: “These martyrdoms proved the need to stick with jihad. The Zionists must await devastating thunderbolts.”

Earlier this week, WND reported that in response to the killing, Israel believes Hezbollah will carry out a major terrorist attack in Israel or against Jewish or Israeli targets abroad, Middle Eastern defense officials stated.

The defense officials said Israel views as unlikely the prospect of Hezbollah responding to Sunday’s attack by launching rockets or missiles into the Jewish state. They assess that the Iranian-backed Hezbollah is not interested in risking a larger confrontation with Israel. Hezbollah has been bogged down attempting to quell the insurgency targeting the regime of Syrian President Bashar al-Assad.

Still, there is information indicating Hezbollah in recent weeks managed to transport missiles and drones into the Golan Heights. Drones equipped with explosives could infiltrate Israeli territory and carry out a large-scale attack.

According to the Mideast defense officials speaking to WND, Hezbollah and Iran have been planning an imminent counter-insurgency against rebel-held positions inside and near the Syrian sections of the Golan Heights aimed at taking the strategic border territory.

Israel fears the establishment of Hezbollah positions in the Golan Heights could be used in the future as bases to storm into Jewish communities on the Israel side of the border.

Unmentioned in scores of news reports covering the Israeli strikes is that last Thursday, Hezbollah chief Hassan Nasrallah gave a three-hour interview in which he threatened to dispatch commando teams to overrun Israeli communities in the Galilee region adjacent to the Golan Heights.

Speaking to the Lebanese Al Mayadeen network, Nasrallah warned that Hezbollah “is ready and prepared for a confrontation in the Galilee and beyond the Galilee.”

According to sources in the Israel Defense Forces, the Israeli military waited until the Hezbollah convoy was about four miles from the Israel-Syria border before dispatching Hellfire missiles for the attack. 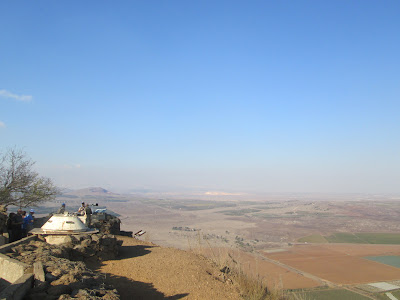 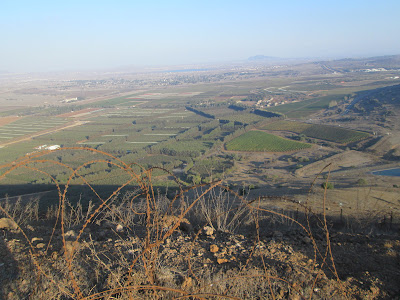