Voices from the Past: Ze'ev Jabotinsky 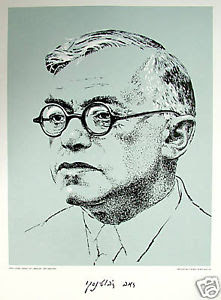 The evacuation of Jewish communities in Poland, Hungary and Romania was to take place over a ten-year period. However, the British government vetoed it, and the World Zionist Organization's chairman, Chaim Weizmann, dismissed it. Two years later, in 1938, Jabotinsky stated in a speech that Polish Jews were "living on the edge of the volcano", and warned that a wave of pogroms would happen in Poland sometime in the near future. Jabotinsky went on to warn Jews in Europe that they should leave for 'Palestine' as soon as possible. There is much discussion about whether or not Jabotinsky actually predicted the Holocaust. In his writings and public appearances he warned against the dangers of an outbreak of violence against the Jewish population of Central and Eastern Europe.