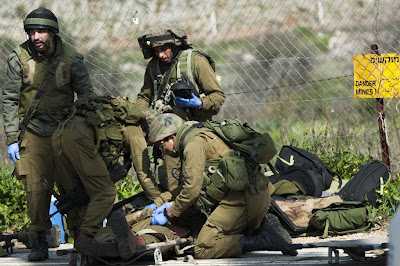 Two soldiers were killed Wednesday when an Israeli army patrol came under anti-tank fire from Hezbollah operatives in the northern Mount Dov region along the border with Lebanon.

The IDF confirmed that at least seven soldiers were wounded in the attack and ruled out the possibility that a soldier had been kidnapped.

The two soldiers were not immediately named. They were identified as a company commander and another soldier.

“Earlier today, an anti-tank missile hit an IDF vehicle in the Har-Dov area, killing two soldiers and wounding an additional seven, two of them moderately,” said the IDF in a statement Wednesday afternoon. “The soldiers’ families have been notified.”

For over an hour after the attack, IDF positions in the area, as well as on nearby Mount Hermon, were hit with mortar shells.

Israel responded to the attack with artillery strikes in southern Lebanon. Two Lebanese officials, speaking on condition of anonymity, said Israel targeted the border villages of Majidiyeh, Abbasiyeh and Kfar Chouba with at least 50 shells. 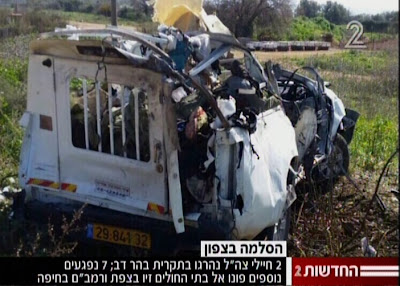