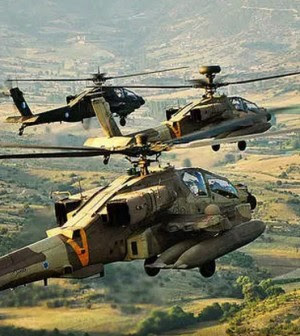 The Israel Air Force attacked a terror cell in Syria as it was preparing to strike Israel.
Lebanese news sources reported on Sunday that an Israeli Air Force (IAF) helicopter attacked a target inside Syria.

Reports state that a helicopter fired two rockets at a terror cell that was preparing to launch rockets at Israel from the Quneitra area in Syria near Israel’s northern border.

“An Israeli helicopter fired two missiles on Amal Farms in Quneitra,” the Lebanese Al-Maydeen report said, adding that two reconnaissance planes were also flying over the area, which is controlled by al-Qaeda affiliated al-Nusra Front rebels.

The Syrian Observatory for Human Rights (SOHR), a Britain-based group monitoring the civil war in that country, said that the missiles fired on Sunday targeted armed vehicles, citing local sources. It was unknown whether the vehicles belonged to the army, Hezbollah or anti-Assad insurgents.

The report was not confirmed by the IDF, which stated: “We do not respond to foreign reports.”

Hezbollah leader Hassan Nasrallah threatened Israel in an interview with Al-Mayadeen television on Thursday, saying that his organization would retaliate for what he alleges are repeated IDF strikes on Syria. “The repeated bombings that struck several targets in Syria are a major violation, and we consider that any strike against Syria is a strike against the whole of the resistance axis, not just against Syria,” Nasrallah told the Beirut-based Arab news television.

There are unconfirmed reports that the target may have been an armed convoy. 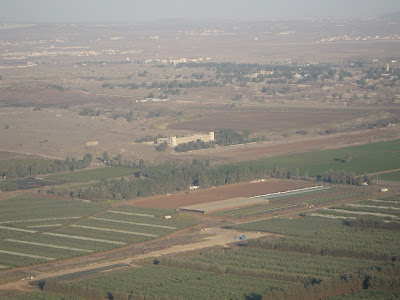