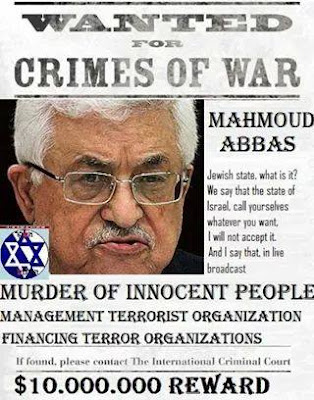 An Israeli official told Reuters on Saturday that Israel was “weighing the possibilities for large-scale prosecution in the United States and elsewhere” of Palestinian Authority President Mahmoud Abbas and other top officials, a day after the PA submitted documents to the United Nations to join the International Criminal Court.

The official added that Palestinian leaders “ought to fear legal steps” as a response to their move toward ICC membership.

“(Hamas) … commits war crimes, shooting at civilians from civilian populated areas,” the official said, in reference to the 50-day conflict Israel fought with Hamas and other terror groups in and around Gaza. Israel lost 66 soldiers and six civilians, and a Thai agricultural worker, in the month-long conflict, while the Palestinian death toll surpassed 2,100, according to Hamas officials in Gaza. Israel said half of the Gaza dead were gunmen and blamed Hamas for all civilian deaths because it operated from residential areas, placing Gazans in harm’s way.

A second official told the news agency that Israel may push these cases via non-governmental organizations and pro-Israel legal groups who can file lawsuits abroad.

Prime Minister Benjamin Netanyahu has warned that it is the Palestinians who will find themselves in the dock for Hamas’s terrorism and indiscriminate rocket fire at Israel if they join the ICC. Netanyahu has accused Abbas of collaborating with the terror group after a unity deal was signed between the two rivals in April.

The Palestinians moved to join the court after suffering a defeat in the UN Security Council, which rejected a resolution that called on Israel to pull out of the West Bank and East Jerusalem within three years.

The International Criminal Court has recognized the UN General Assembly’s recognition of Palestine as an observer state. Handing over the paperwork is the last formal step for Palestine to become a member of the ICC, which would take at least 60 days.

Israel has threatened retaliation if the Palestinians join the court, and the United States has also vehemently opposed the move as an obstacle to hopes of reaching an Israeli-Palestinians peace deal. The US may also pull funding from the PA, to the tune of $400 million, if the Palestinians pursue claims against Israel at the ICC.