Jewish cartoonist among victims of massacre at Charlie Hebdo 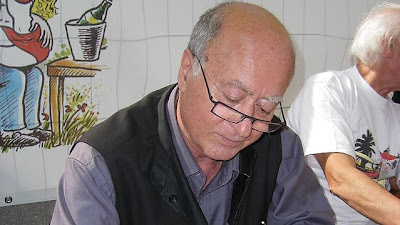 Jewish caricaturist Georges Wolinski was among the 12 victims of an attack Wednesday on the Paris headquarters of the Charlie Hebdo satirical magazine.

The assailants cried out “Allah is the greatest” in Arabic and that their attack was to “avenge the prophet,” the French daily Le Monde reported. They reportedly fled in a hijacked car, running over a pedestrian and shooting at officers.

Charlie Hebdo, which regularly runs articles and caricatures critical of religion, has published a series of satirical cartoons of the Muslim prophet Mohammed.

Wolinski, 80, a Tunisia native who moved to France as a teenager, also was a cartoonist at the magazine.

“It’s clear that this was a planned attack against Wolinski and the other cartoon artists,” said Richard Kenigsman, a well-known Jewish caricaturist and painter from Brussels