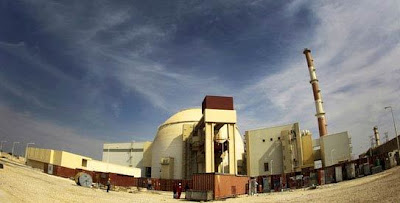 Iranian Bushehr Nuclear Power Plant where the Satanic Islamic Ayatollah's are building their Bomb for the Destruction of Israel. But it will fall on their own heads!

For the handful of people who might still believe Iran's nuclear program is benign, an Associated Press report confirmed by inspectors with the International Atomic Energy Agency (IAEA) revealed that not only is Iran building a nuclear bomb, it is building a big one.

Earlier this week, the AP reported on diagrams it had obtained showing calculations for "nuclear explosive yield." The desired payload was 50 kilotons.

IAEA officials who spoke to the news agency confirmed that the diagram was the same as the one discovered by inspectors recently at an Iranian nuclear facility.

The IAEA included the diagram in a report on Iran's nuclear program, but some in the international community continued to downplay the possibility that Iran was seeking atomic weapons.

According to the AP report, more than a few IAEA officials are frustrated by the way the Western powers are handling what is clearly a very dangerous and urgent situation.

One of the inspectors noted that the diagram could not possibly be construed as anything other than plans for a weapon, debunking all Iranian claims that its nuclear program is for civilian purposes only.

It should also be pointed out that if all Iran wanted to achieve was a demonstration that it had nuclear capabilities, it could do so with a much smaller bomb. Fifty kilotons is three times the explosive yield of the bombs that destroyed the Japanese cities of Hiroshima and Nagasaki in World War II.

A bomb that large is likely intended for use against an enemy. 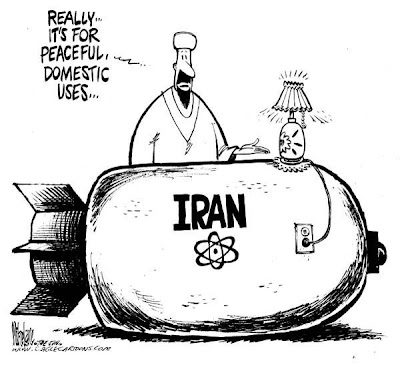