Thousands pray for IDF at the Western Wall 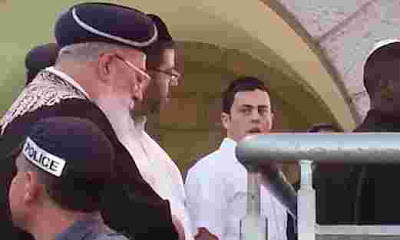 Thousands of people gathered at the Western Wall on Sunday just before 4pm for a mass prayer service lead by Sephardic Chief Rabbi Shlomo Amar.

The service comprised mainly of the Slihot prayers, traditionally said in the lead up to the High Holy Days, and included special prayers for the safety of Israel’s soldiers fighting in the “Pillar of Defense” operation.

Chief Rabbi Amar was joined by other rabbis including Rabbi David Batzri, Rabbi Shmuel Rabinovitch, rabbi of the Western Wall, and Rabbi Zamir Cohen, chairman of the Hidabroot organization.

The chief rabbi called upon Jews to take upon themselves to study more Torah – what he called “Israel’s ultimate weapon” – and in particular to take upon themselves to study a page of the Zohar (Jewish mystical text) every day. He also beseeched the Jewish nation to be particularly mindful of Shabbat observance at this time of war, and to abstain from becoming embroiled in arguments with fellow Jews.

Rachel Gessoff, a US citizen who has yet to make aliya, made the trip to the Wall to join in the prayers. “Being by the Kotel was surreal,” she said. “I felt a sense of unity among my nation, people from all walks of life and from all corners of the world are here with one clear thought and intention: To protect our soldiers and protect our borders, and to keep everyone safe physically and spiritually. It was an honor to see the face of such a holy rabbi [Amar]."

Gessoff said that she was not nervous about being in Israel right now, but the same cannot be said for her family in the US. “My family expressed concern, however they think I’m’ being courageous for staying here. Just to be here, praying in front of such righteous leaders has brought comfort to me. I am confident that Hashem [God] will protect us and that we will defeat our enemies once and for all and be safe in our land.”