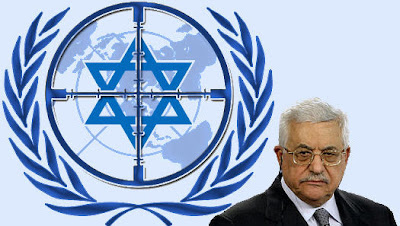 The United Nations General Assembly on Thursday voted overwhelmingly in favor of recognizing a new sovereign nation that has never before existed in the annals of history: Palestine.

The Palestinian Authority's motion to upgrade its status at the UN to that of a non-member observer state passed by a vote of 138-9. Those voting against the resolution were: Israel, the United States, Canada, the Czech Republic, Panama, the Marshall Islands, Micronesia, Nauru and Palau.

The motion is largely symbolic, as General Assembly resolutions are not legally binding. However, that symbolism is enough to change the face of the Middle East conflict. And those involved knew full well what they were doing, and tried to make the event resemble as closely as possible a similar vote 65 years earlier that gave brought about the establishment of the State of Israel.

Most importantly in the short term is the fact that "Palestine" can now obtain membership at the International Criminal Court, where is it certain to file regular lawsuits against Israel. The Palestinians' new status will also greatly complicate Israel's ability to act against terrorism emanating from Judea, Samaria and the Gaza Strip.

Despite these complications, and the symbolism of the motion, Israeli Ambassador to the UN Ron Prosor declared from the General Assembly podium that nothing can negate the Jewish people's 4,000-year-old bond with its ancestral and biblical homeland.

In the Palestinian-controlled territories, there was a mixture of responses. Many rejoiced, and saw the vote as the "birth of Palestine." But others noted that only political activists were joined the celebrations, and that the bulk of the public will not be happy until "Palestine" replaces Israel on the map.

"We don't want [the] '67" borders, a Palestinian university student told The Times of Israel. "We want all of Palestine [sic]."

Others said that as long as the move "annoyed the Jews" then is was positive, and a good first step toward one day taking all of the land. 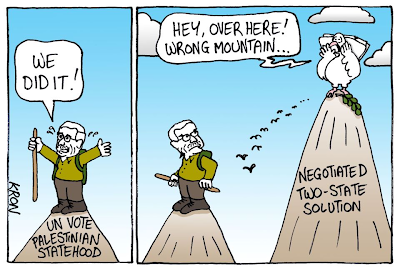