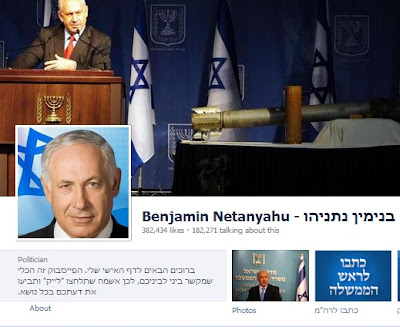 Thousands of Israelis took to Facebook today, shortly after Prime Minister Netanyahu announced that Israel had accepted an American backed Egyptian ceasefire plan with Hamas, to express their anger over what they feel is a bad deal for the Jewish State.

Within an hour of the Prime Minister’s announcement on his Facebook page the post attracted over 3000 comments, the vast majority of which expressed disappointment and anger. Of 100 comments reviewed by The Algemeiner, less than 10 were positive or neutral.

The social media outcry reflects the general sentiment in Israel, where 70% opposed a ceasefire agreement according to a poll released by Israel’s Channel 2 news that was conducted before the ceasefire was enacted.

“Hey bibi you just proved that you have no back bone. I officially dont respect you anymore,” said one commenter.

“It is not clear to me why Hamas dictates when there is a war and when you finish a war,” another stated.

“You’re not my Prime Minister,” wrote Ohad Kvity. “You are a puppet of the Americans! Lost my vote,” posted Asaf Spektor.

Among the few supporting comments was this one from Meir Gilady who hailed the operation as a success, saying, “Bibi did the right thing. Do not listen to critics. deterrence restored.”