Peace and Safety in Israel? 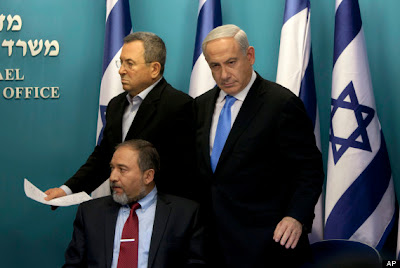 After a deadly eight-day conflict, Israel and Hamas militants agreed to a ceasefire effective Wednesday evening, the Egyptian foreign minister announced at a press conference.

Mohammed Kamel Amr, the foreign minister, made the announcement in Cairo and was flanked by U.S. Secretary of State Hillary Clinton.

“Egypt is assuming the responsibility and leadership that has long made this country a cornerstone of international peace,” Clinton said.

The deal was brokered by the new Islamist government of Egypt, solidifying its role as a leader in the quickly shifting Middle East

The cease-fire agreement, which took effect at 2 p.m. ET, was confirmed by Israel’s Prime Minister Benjamin Netanyahu. Reuters reported that the Israeli leader warned in a statement that more forceful action may be employed if the cease-fire deal is unsuccessful. Netanyahu also left the door open to a possible ground invasion of Gaza at a later date.

THE BIBLE SAYS: "For when they shall say, Peace and safety (the world, but also Israel); then sudden destruction cometh upon them, as travail upon a woman with child; and they shall not escape." (1 Thessalonians 5:3) 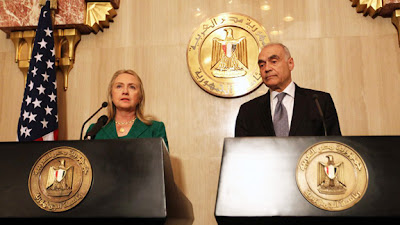 CAIRO — Hamas and Israel agreed to a cease-fire that took effect Wednesday evening following a week of intense diplomacy to stop rocket fire and airstrikes that have pounded the Gaza Strip and Israel and raised fears of plunging the region into a wider war.

The truce began at 9 p.m. local time and appeared at least initially to be taking hold.

The deal was announced in Cairo by Egyptian Foreign Minister Mohamed Amr and Secretary of State Hillary Rodham Clinton, who flew to the region Tuesday night as hopes for a truce remained elusive amid heavy artillery exchanges.

“After intensive efforts, calls and negotiations with the Israelis and factions of the Palestinian resistance, we have come to an understanding,” Amr said.

Clinton said: “The people of this region deserve to live in peace and safety,” adding that she had discussed with Egyptian President Mohamed Morsi “how Egypt and the U.S. can support this process.”

In Washington, President Obama thanked Morsi for his efforts “to achieve a sustainable cease-fire and for his personal leadership in negotiating a cease-fire proposal.”

It was unclear how the deal would be enforced. It calls for Israel to stop all bombardment — from land, sea and air — of the Gaza Strip and for Hamas to halt firing rockets into Israel. It also notes that Israel should stop “incursions and targeting of individuals.”