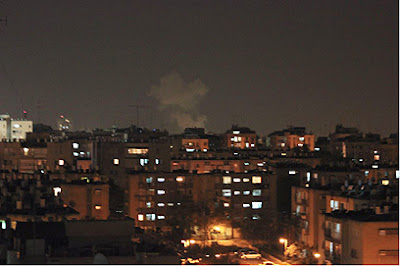 As heavy rocket fire on southern communities persisted on Tuesday, the IDF continued to gear towards a ground invasion of the Gaza Strip.

Four people were lightly injured when a rocket hit a six-storey building in Rishon Lezion. Three others suffered panic attacks. An air raid siren sounded in the central Israeli city around 6 pm.

A short while earlier, one Israeli was seriously wounded when a rocket hit a house in Ashkelon, and seven were lightly injured by a rocket barrage that was fired on the southern city of Ashdod around 4 pm. Three of the victims in Ashdod were hurt when a projectile hit a store in a commercial center, while the others were injured when a rocket exploded in an open area in the city.

The owner of the store that was hit in Ashdod said that his customers and employees ran for cover when they heard the air raid siren. "My entire store was destroyed and my car was totaled," he said. 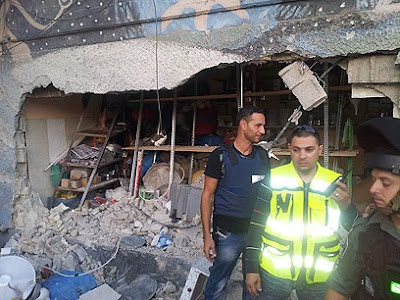