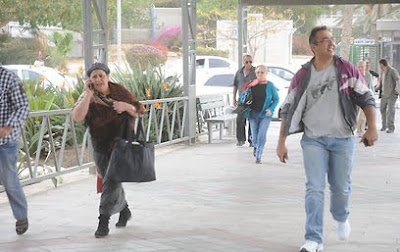 Running for cover at Beersheba today. (Photo: Herzel Yosef) How would you like to run for your life, if Belgium would shoot deadly rockets daily on your Dutch-Town?

For the first time since the beginning of the latest round of violence, a Grad rocket was fired at the city of Beersheba. Two sirens sounded in the southern city shortly before 2 pm.

The fire prompted the Beersheba Municipality to advised parents to pick up their children from school early, as a precautionary measure. Teachers were instructed to stay in schools and kindergartens until the school day was out. The city canceled all events scheduled for Sunday. Avi, a local resident, said after picking up his daughters, "We can't leave them in school. There is no safe place there." One of his daughters remarked, "We have no shelters, there's nothing. Everyone was crying when the alarm went off. We feel unsafe."

Meanwhile, it was reported that two Islamic Jihad operatives were killed in an Air Force strike in Gaza. IDF Chief of Staff Benny Gantz is set to hold a special situation assessment later on Sunday.

Earlier on Sunday, three Israelis were lightly wounded as rockets hit Sderot and Shaar Hanegev. They were taken to the Soroka and Barzilai medical centers. More than 60 rockets were fired at Israel's south since Saturday evening. 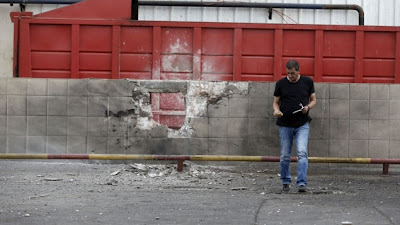 After a relatively calm night, Gaza rocket fire resumed Sunday morning. Color Red sirens sounded in Sderot and the Shaar Hanegev Regional Council one after the other.

Meanwhile, a rocket hit a factory in the Sderot area. No injuries were reported but damage was caused to the building. This was the fourth time the factory has been hit by rockets. 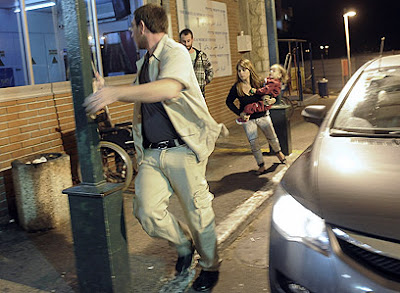 Over 30 Qassams, mortar shells and Grad rockets were fired from northern Gaza at Israel throughout Saturday evening, as the defense establishment and the south's residents brace for yet another round of escalation vis-à-vis the Gaza-based terror groups.

The fire followed a border attack that saw terrorists launch an anti-tank missile at an IDF patrol near Karni crossing. Two soldiers were seriously wounded and two others were moderately injured.

The rocket fire on Israel began at about 8:30 pm, when the Color Red alert sounded across the Gaza vicinity communities. The Eshkol and Sha'ar Hanegev regional councils bore the brunt of the evening's fire, with 25 projectiles landing in Eshkol alone. No injuries were reported.

Around 9 pm, an air raid siren sounded in Ashdod, Yavne, Gedera, Gan Yavne and Ashkelon, as rockets were fired at the area. The IDF ordered the area's residents to remain within close proximity to shelters pending further instructions. 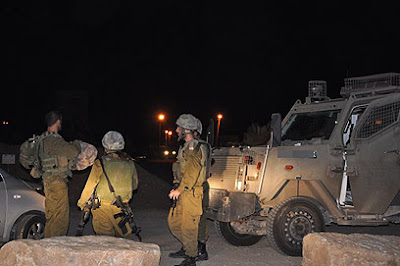 Four soldiers were wounded Saturday when an IDF force patrolling near Karni crossing was hit by terrorist fire. The military jeep sustained a direct, through-and-through hit by an anti-tank missile.

Two soldiers sustained serious injuries to the lower extremities and were airlifted to the Soroka Medical Center in Beersheba. Two others were rushed to the Barzilai Medical Center in Ashkelon in moderate condition, suffering from shrapnel wounds.

The fire came from a location east of the Gaza Strip neighborhoods of Zeitun and Sajaiya. IDF forces scrambled to the scene and a heavy fire exchange followed, with the IDF using tanks and machine-guns to neutralize the threat.