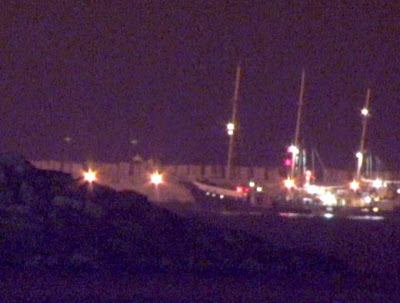 Israeli Navy soldiers seized control of the Gaza-bound ship Estelle, which was seeking to breach Israel's naval blockade on Gaza, the army's Spokesperson's Unit reported at around 11:40 am on Saturday.

The rerouted vessel arrived in the Ashdod port shortly after 9 pm. An initial search did not find any humanitarian aid supplies aboard the ship, the IDF said.

The army said the soldiers boarded the Swedish-owned, Finnish-flagged ship which was carrying pro-Palestinian 'activists' – including three Israelis – in accordance with the government's decision and international law, after diplomatic efforts to prevent the vessel from reaching Gaza's shore had failed.

The raid was conducted by commandoes from the elite Shayatet-13 unit after Navy missile ships surrounded the Estelle.

"The Navy force operated as planned to guarantee the safety of the soldiers and passengers on the deck. The soldiers did not use force while seizing the ship."

The passengers were to be handed over to police and immigration authorities once the ship reached Ashdod. 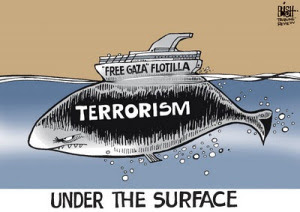