Super-Storm Sandy, consequence of U.S. pressure on Israel NOT to act on Iran? 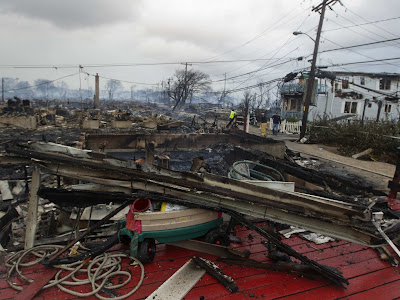 Journalist and White House correspondent William Koenig explained to WND that some of the United States’ most catastrophic storms and events have correlated closely with the nation’s God-defying attempts to divide the land of Israel.

“Hurricane (and Super-Storm) Sandy has come ashore in the Northeast on the 21st anniversary of the ‘Perfect Storm,’” Koenig related. “That record-setting storm devastated the New England coast as President George H.W. Bush co-sponsored the Madrid Conference from Oct. 30 to Nov. 1, 1991.”

At the Conference, Bush broke from President Reagan’s more pro-Israel policies in the attempt to forge an Arab-Israeli “peace” plan that included recognizing a Palestinian “right” to biblically Jewish lands. But while Bush was in Spain advocating a division of Israel, the “Perfect Storm” – so named for the ferociously destructive way in which a cold nor’easter combined with Hurricane Grace – was lashing the U.S. seaboard at home.

“The Perfect Storm sent 30-foot ocean waves into Bush’s Kennebunkport home as he was calling on Israel to give up the West Bank (Judea, Samaria and East Jerusalem),” Koenig told WND. “The Madrid ‘land for peace’ Conference began the Israeli-Palestinian peace process that Mitt Romney advocated in the debates.”

he original Perfect Storm formed on Oct. 28, 1991, and dissipated on Nov. 4 – correlating almost perfectly with dates of the Madrid Conference. The storm was blamed for 13 deaths and over $200 million in damages, including those to Bush’s vacation home.

Similarly, Hurricane Katrina, the deadliest and costliest hurricane in U.S. history, hit Aug. 29, 2005; the storm began the day President George W. Bush congratulated Israel for evacuating Gaza and called on the Israelis and Palestinians to move onto his two-state plan.

And as WND reported earlier this year, Koenig drew similar parallels with Hurricane Isaac and the 2012 Republican National Convention. The day Isaac formed as a tropical storm in August, the Republican platform committee voted to add a “two-state” position pertaining to Israel for formal convention approval.

Koenig links the disruption of three previous conventions to Republican pressure and support of dividing the land of Israel to pave the way for the creation of a Palestinian state. 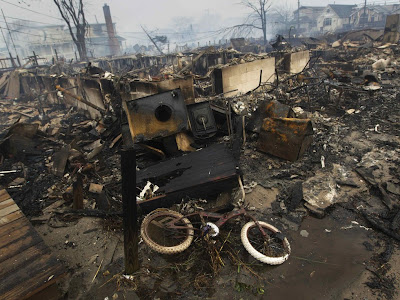 But how does Superstorm Sandy tie into America’s stance on Israel?

“Both political parties have now accepted, specifically, a two-state solution to peace in the Mideast, dividing Israel’s land between Israel and a Palestinian state,” Koenig told WND. “And now this hurricane story is going to disrupt political campaigning and possibly affect voter turnout for both parties.

“There has been a lot of behind-the-scenes pressure on Israel by the Obama administration, to not act on Iran prior to the election,” Koenig continued, “but the most succinct correlation is that both parties have officially endorsed the two-state solution.”

Koenig also pointed to Romney’s statements at the last presidential debate, when the Republican declared, “Are Israel and the Palestinians closer to reaching a peace agreement? No, they haven’t had talks in two years. We have not seen the progress we need to have.”

Koenig, however, warned that making “progress” on the land-for-peace talks, which would see Israel surrender land to a Palestinian state, is exactly what could be prompting these catastrophic weather “acts of God.”

“From a biblical perspective, the land isn’t to be divided, parceled out or negotiated away … period,” Koenig said. “That’s the land God gave to Israel.

“People say they want peace,” he continued, “but it all comes down to this: No earthly leader has the right to partition Israel, because that was God’s gift to Abraham and his descendants.”

Read whole article: Could 'Frankenstorm' be a sign from God?

Read: As Obama Has Done to Israel (by John McTernan)