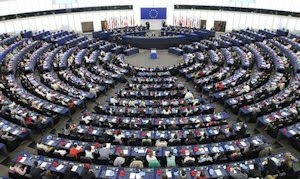 After a more than a two years of delay, the European Parliament on Tuesday approved technical agreements that will make it easier to export Israeli pharmaceuticals and other goods to the 27 EU member countries. The Agreements on Conformity Assessment and Acceptance of Industrial Products (ACAA) was adopted with 379 in favor and 230 against.

This mutual recognition of certificates will remove technical barriers to trade, cutting manufacturers' costs and enabling them to get their products to market faster. It will apply to all pharmaceuticals except for advanced therapy products, special medicinal products based on tissues and cells of human origin and medicinal products that include blood products.

Several left-leaning members of the European assembly held up the text for months because of political reasons. Despite a tense atmosphere in the chamber, a motion by the fierce Israel critic Veronique de Keyser, a Belgian Socialist MEP, to send the text back to the committee where it had already been under discussion for two and a half years, was denied by the plenary.

Lithuanian Christian Democrat member Laima Andrikiene was among several MEPs spoke in support of the agreement, asserting it was “a relief” to see that it had finally made it to a vote by the plenary after being held up in committee stage for the past two and a half years. ACAA, she said, was “an agreement for the good of the EU and Israel”, adding that “it is in the EU’s interests to get Israel’s legislation and standards closer to ours”. She added that the agreements were not limited in their application to Israel but stressed that the Jewish state was the first country in the region to meet requirements for an ACAA agreement.